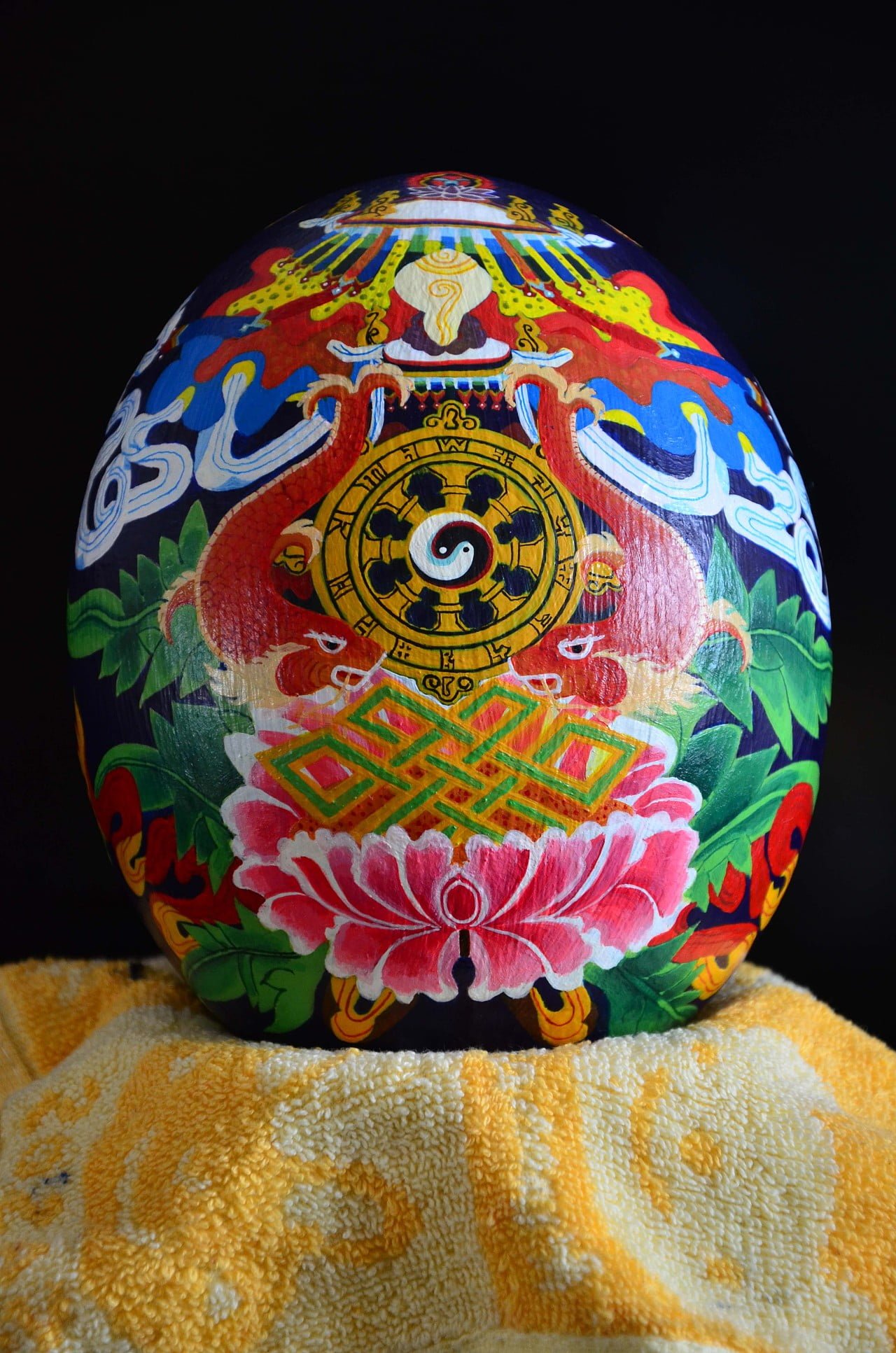 The symbol can be found in the art of most schools of Buddhism, especially in Tibetan Buddhism.

The two fish were originally symbolic of the rivers Ganges and Yamuna but came to represent good fortune in general, for Hindus, Jain, Buddhists. Within Buddhism it also symbolizes that living beings who practice dharma need have no fear to drown in the ocean of suffering, can freely migrate (chose their rebirth) like fish in the water.

In Asia, the conch has long been used as the battle horn. In the Hindu epic the Mahabharata, the sound of hero Arjuna’s conch terrorized his enemies. In ancient times a white conch also represented the Brahmin caste to Hindus. In Buddhism, a white conch that coils to the right represents the sound of Dharma reaching far and wide, awakening beings from ignorance.

The lotus is rooted in deep mud and its stem grows through murky water. But the blossom rises above the muck and open in the sun, beautiful and fragrant. In Buddhism, the lotus represents the true nature of beings, who rise through samsara into the beauty and clarity of enlightenment. It symbolizes the complete purification of the defilement of body, speech, and mind.

The eternal knot, with its lines flowing and entwined in a closed dependent origination and the interrelation of all phenomena. It also signifies cause and effect and the union of compassion and wisdom. It represents the union wisdom and method, and at the time enlightenment, the complete union of wisdom and great compassion.

The treasure vase is filled with precious and sacred things, yet no matter how much is taken out. It is always full. It represents the teaching of the Buddha, which remained a bountiful treasure no matter how many teachings he gave to others. It also symbolizes long life and prosperity.

The Dharma Wheel also called the dharma-chakra or Dhamma Chakka is one of the most well-known symbols of Buddhism. The Wheel has eight spokes, representing the Eightfold Path. According to tradition, the Dharma Wheel was first turned when the Buddha delivered his enlightenment. 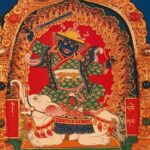 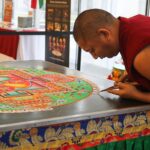