Religion in Tibet, Since from the Buddhism origination in Tibet, it encountered various impress in different period of time and that gave rise to the present Tibetan Buddhism, which distinct from its origin Indian and other Asian counterparts, and Tibetan Bon religion has testified one that influenced the most, arguably the prayer flags and burning incense are passed from Bon. Not only the external influences, also the rising of Buddhist scholars within Tibet has contribute for the development of Buddhism and it gradually evolved into four different sects in different period, which are Nyinmapa founded by Guru Padmasambhava, Kadam founded by Atisha and his Tibetan disciple Dromtonpa, this is later converted into Gelug, Kargyu founded by Marpa Lozawa and Kyungpo Nyaljor, Sakya founded by Khon Konchok Gyalpo and Gelug founded by Je Tsongkhapa.

Originating in 1409, the Geluk Sect, the latest sect of Tibetan Buddhism, is formed during the process of the Reformation held by Je Tsongkhapa, a famous reformer in the history of Tibetan Buddhism in the...Read More
adminReliogion sects

The Bön teachings were by now well established in Zhang-Zhung. Zhang-Zhung was an independent state with its own language, literature, and culture. It was divided into three sections referred to as the “Three Doors”: inner...Read More
adminReliogion sects 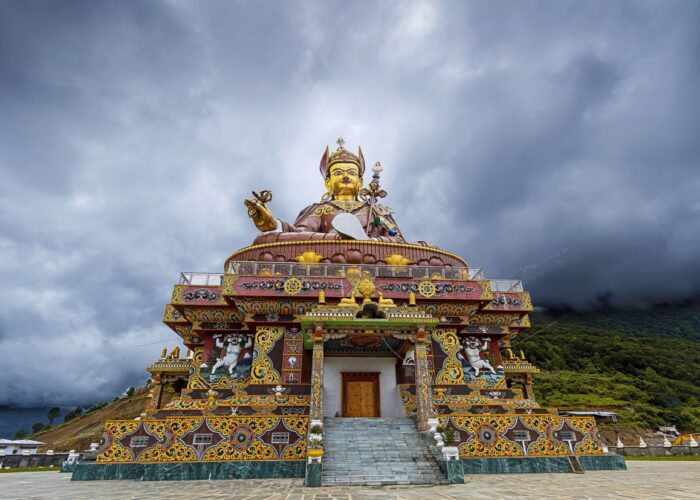 Nyingma School is a tradition based on ancient Buddhist legends, mainly based on Berozana’s translation of Indian Buddhist texts. As a tantric system, it is called Sangngak Nyingma. Its teachings are handed down from the...Read More
adminReliogion sects 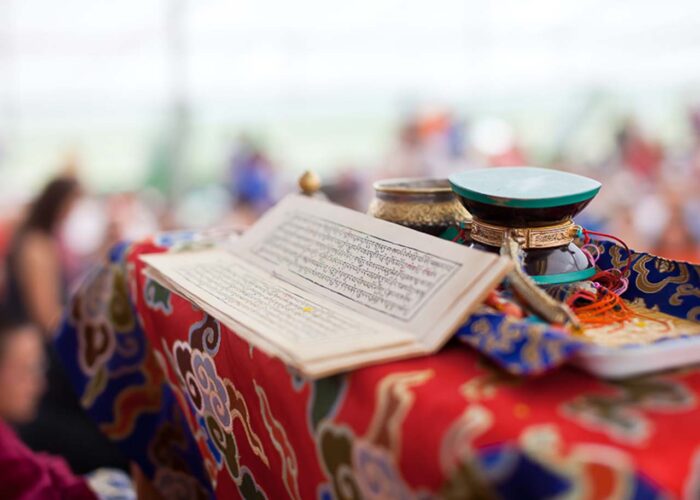 The Kagyu Sect was developed during the Later transmission period of Buddhism in the 11th and 12nd centuries.  and belongs to the newly translated tantra school. At the beginning, there were two founders: one is...Read More
adminReliogion sects 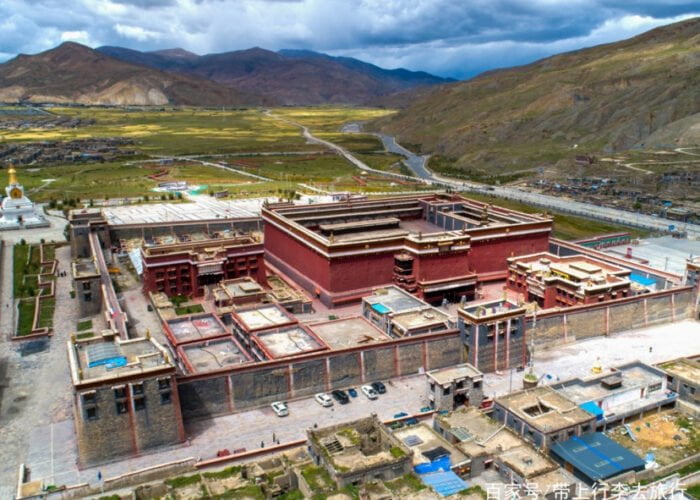 Tibetan Buddhism, In 1073 BC, Tibetan Lama Kongchog Gyalpo built Sakya Monastery and advocated his own Esoteric disciplines and called it “Sakya Sect”. Enclosures around the Sakya monasteries are painted with red, white and black...Read More
adminReliogion sects 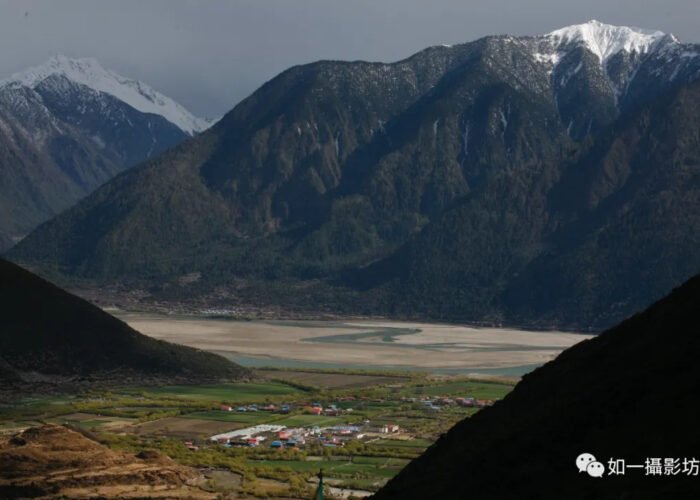 Before Buddhism entered Tibet, this snow-covered plateau had its own traditional religious beliefs. This native religion developed by primitive Shamanism. which has great influence on the human world such as...Read More
adminCustoms, Nyingchi attraction, Religion 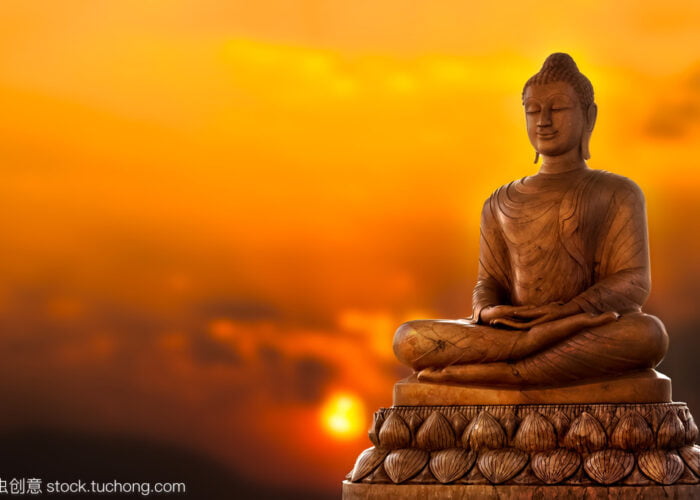 Saga Dawa, Tibetan name for the Fourth month of Tibetan Lunar Calendar. This month in Tibetan Buddhism, is the most auspicious month of Whole Year. In this month Buddha Shakyamuni...Read More
adminFestivals, Religion 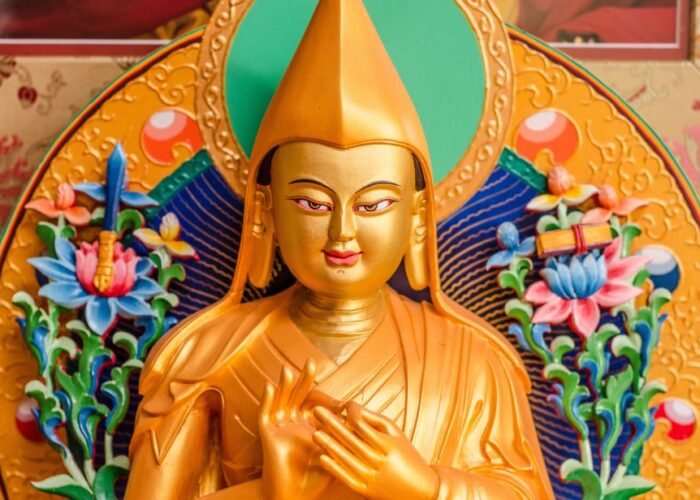 Je Tsongkhapa was born in Tsongka Kingdom, Amdo, in 1357. He is the fourth of six sons. The day after Tsongkhapa’s birth, Chojey Dondrub Rinchen sent his main disciple to...Read More
adminReligion 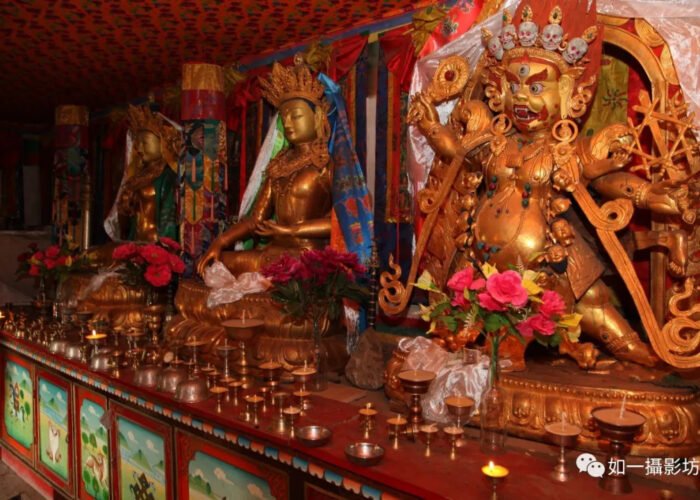 According to the Bon religion, Lord Shenrab Miwoche (the founder of the Bon religion and the great man of the Shen nationality) was born on the land of Tazik in...Read More
adminReligion 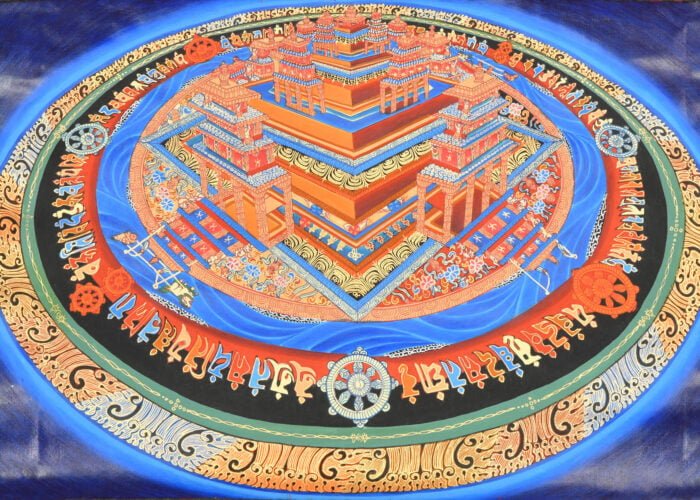 Medicine Buddha Mandala for Healing : The Medicine Buddha is believed to be the Buddha of Healing; the true manifestation of the healing energy of all enlightened beings. He...Read More
adminCustoms, Religion 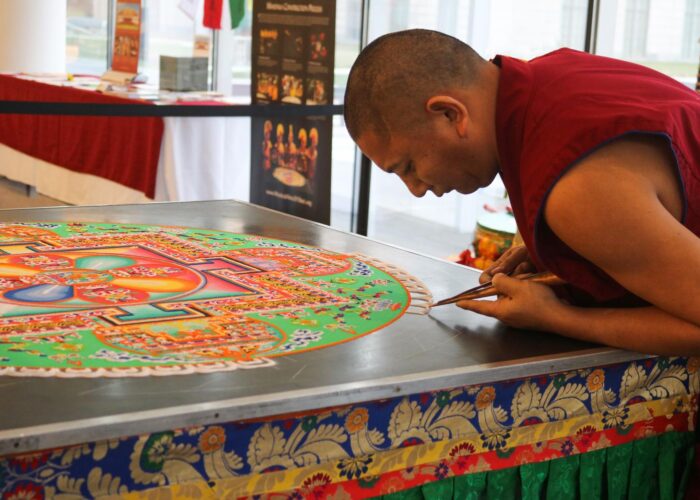 Avalokiteshvara, or Chenrezig as he is known in Tibetan, is the Buddhist deity who personifies the ideal of compassion. He can be portrayed in several different forms, two of the...Read More
adminNews, Religion 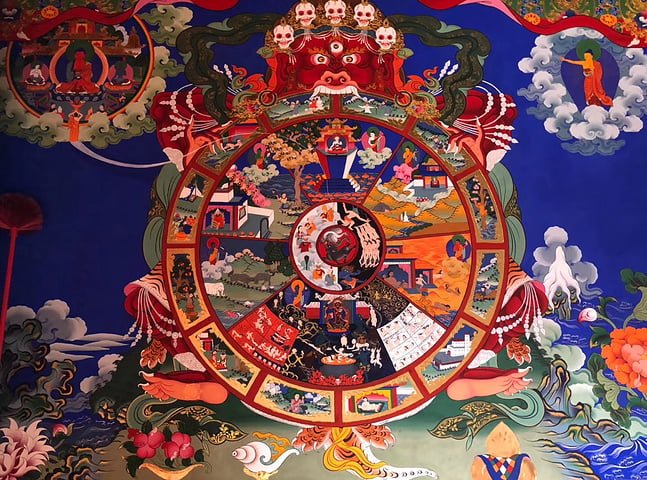 Whoever has visited a Tibetan Buddhist monastery, no matter if in Ladakh, Tibet or Bhutan, has also probably noticed, usually at the entrance of the temple, a drawing of the...Read More
adminNews, Religion 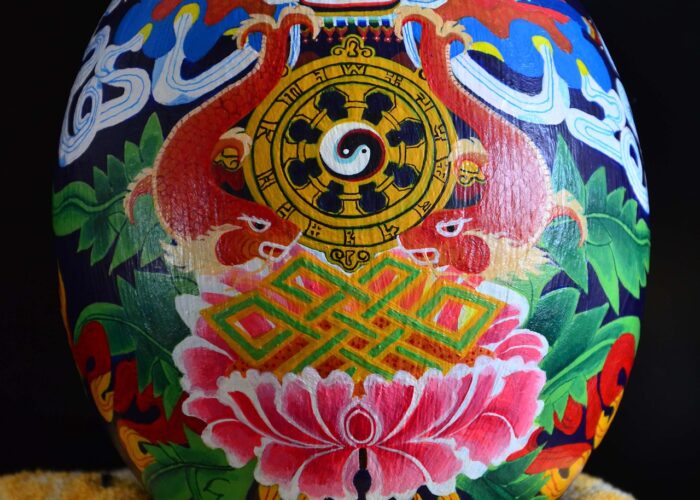 The symbol can be found in the art of most schools of Buddhism, especially in Tibetan Buddhism. Origins The eight auspicious symbols of Buddhism originated in Indian iconography. In ancient...Read More
adminCustoms, Religion