In the west of Tibet, Ngari has an average elevation of more than 4,500 m, known as the roof the Tibet. For Ngari attractions have great mountains, beautiful lakes, vast grasslands and spectacular snow mountains. Also is sources for Major rivers in Indian Subcontinent. It was heart of the ancient kingdom of Guge. Also cradle of ancient Zhang-Zhung Civilization. Ngari has scarcely populated, but it is a paradise to wild yak and Tibetan antelopes. It has six counties.

There are national Protection Sites of the key Historical Relics, Ruins of the the Guge Kingdom and Toding Monastery; National Geographic Park, Tsada Earthen Forest. There is also Daba Temple, Manang Temple, Ruins of the Shangtse Castle. etc, 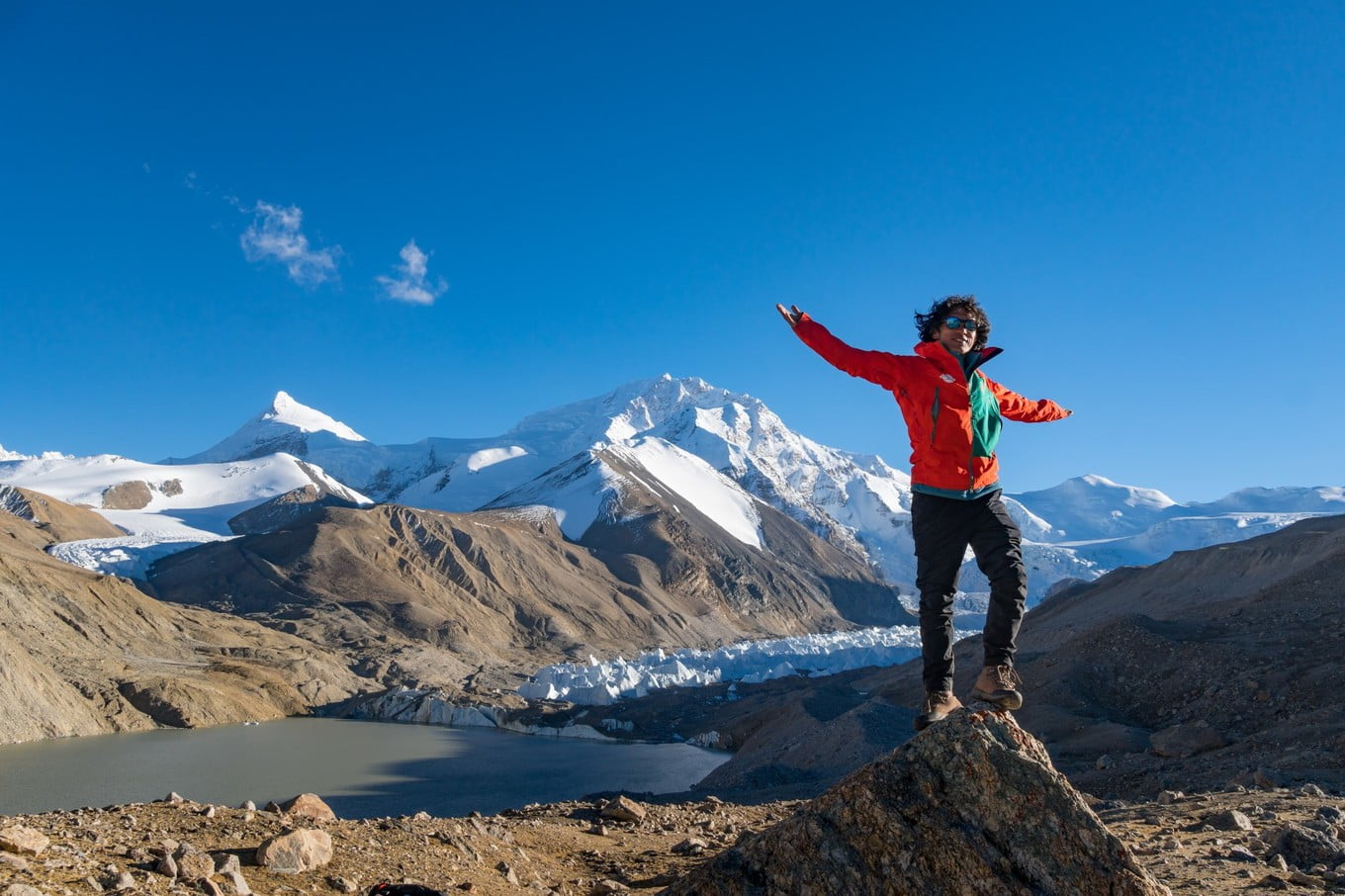 Shishabangma peak (85’46’55 east longitude, 28’21’07 north latitude), one of the peaks in the middle of the Himalayas. Located near the Nepal border in southern Tibet, China, at an altitude of 8,012 meters (26,286 feet), it ranks 14th out of 14 8,000-meter peaks in the world. Mount Shishabangma is the only mountain, that is completely...Read More
adminAttractions, Ngari Attractions 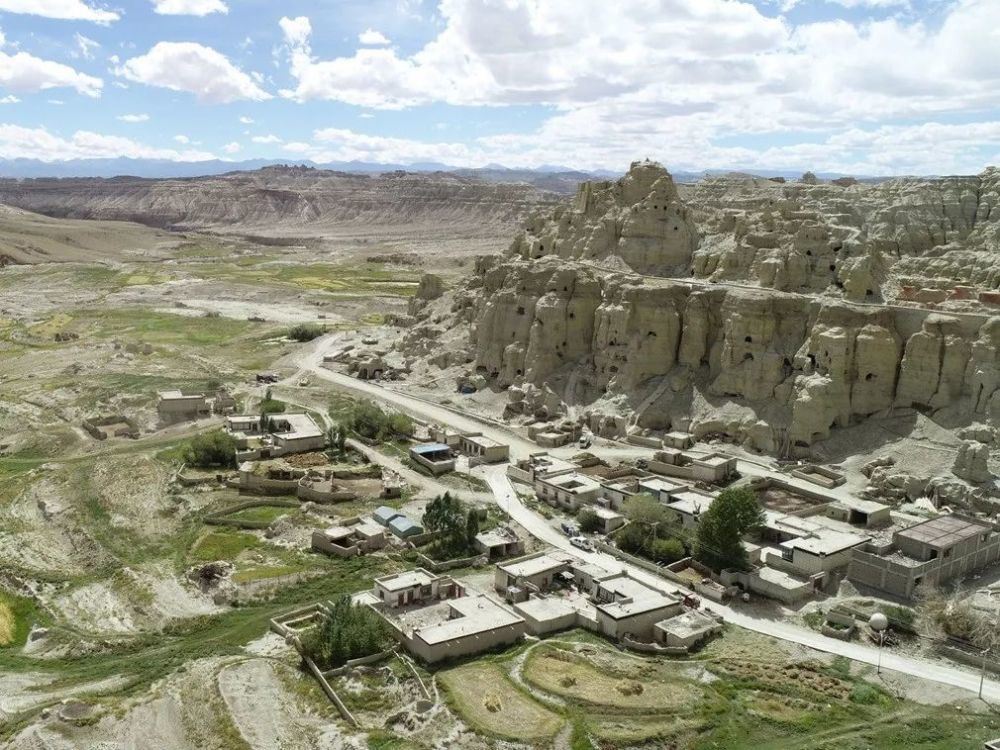 Dongkar Phiwang Castle part of is the Ancient Guge Dynasty. One of the eight major monasteries built by Rinchen Sangpo. Dating from the 10th century AD. It was once the political, economic and cultural center of the Guge kingdom. Dongkar Phiwang are scattered on the cliffs north of Dongkar Village. The dense caves of Dongkar...Read More
adminAttractions, Ngari Attractions

At noon, we arrived at Menshi Township, Gar County, Ngari Prefecture, at an altitude of 4430 meters. This is a small town guarding the G219 road. Large trucks and travelling cars are here to rest. We ate at a Northeast dumpling restaurant. Had lunch. All staple foods in Tibet, including rice, steamed buns, dumplings, steamed...Read More
adminNgari Attractions 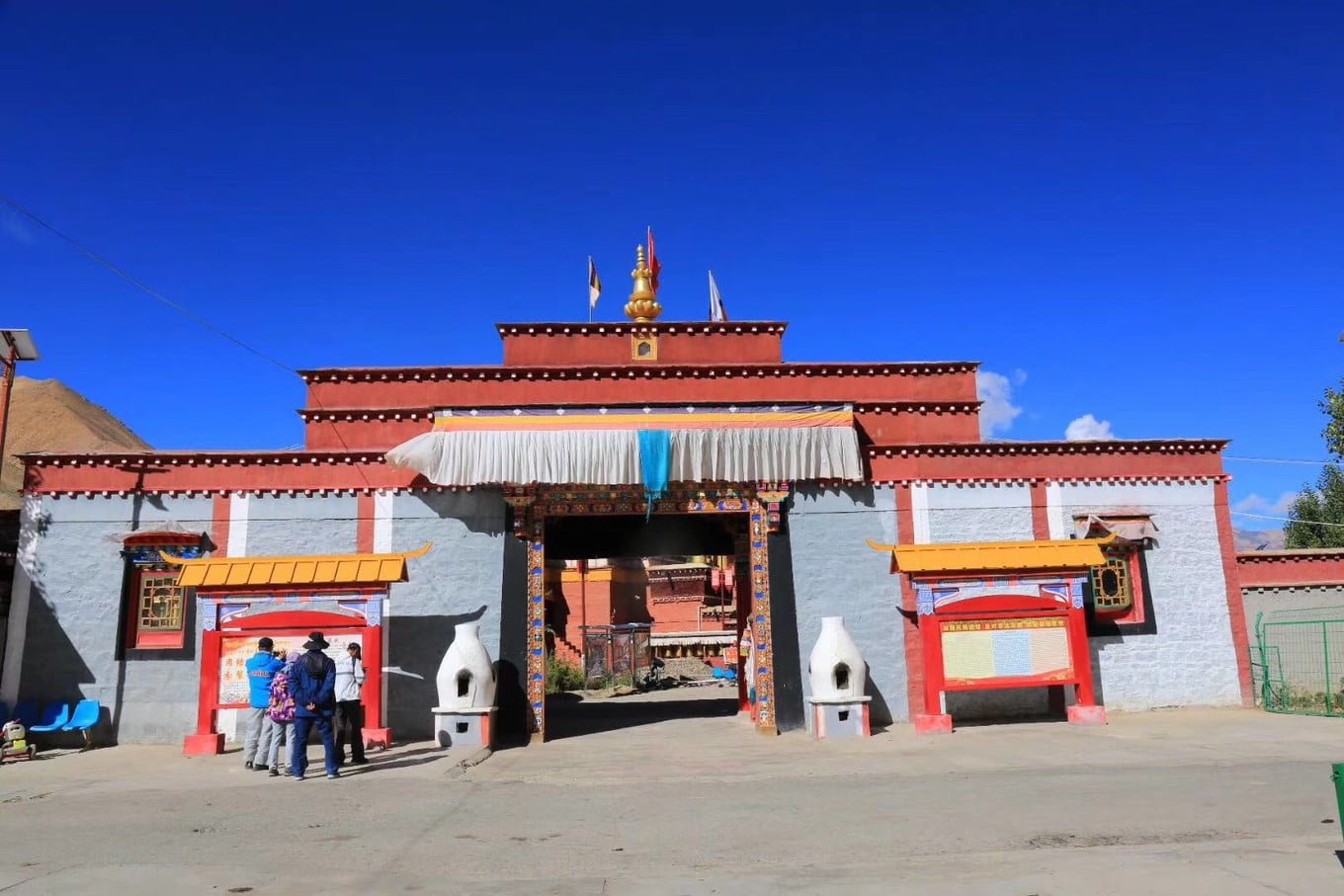 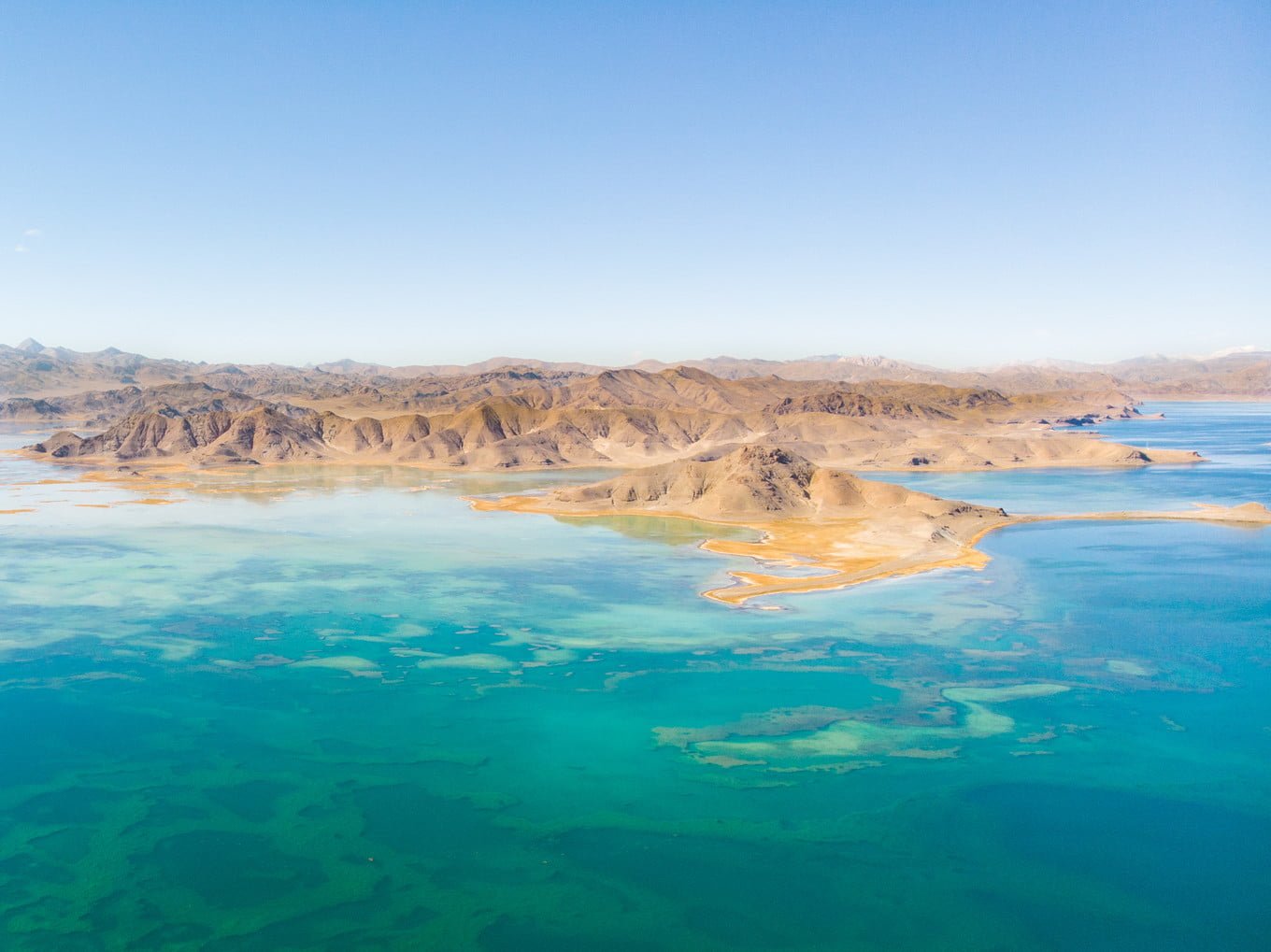 Banggong Tso Lake, which means “the long, narrow enchanting lake” in the Tibetan language, is located on the way from Shiquanhe to Doima Township. It is also known as the “swan lake” of the border (it is the place where China borders the Indian Kashmir). It has an altitude of 4,241 meters, with a total...Read More
adminAttractions, Lake, Ngari Attractions 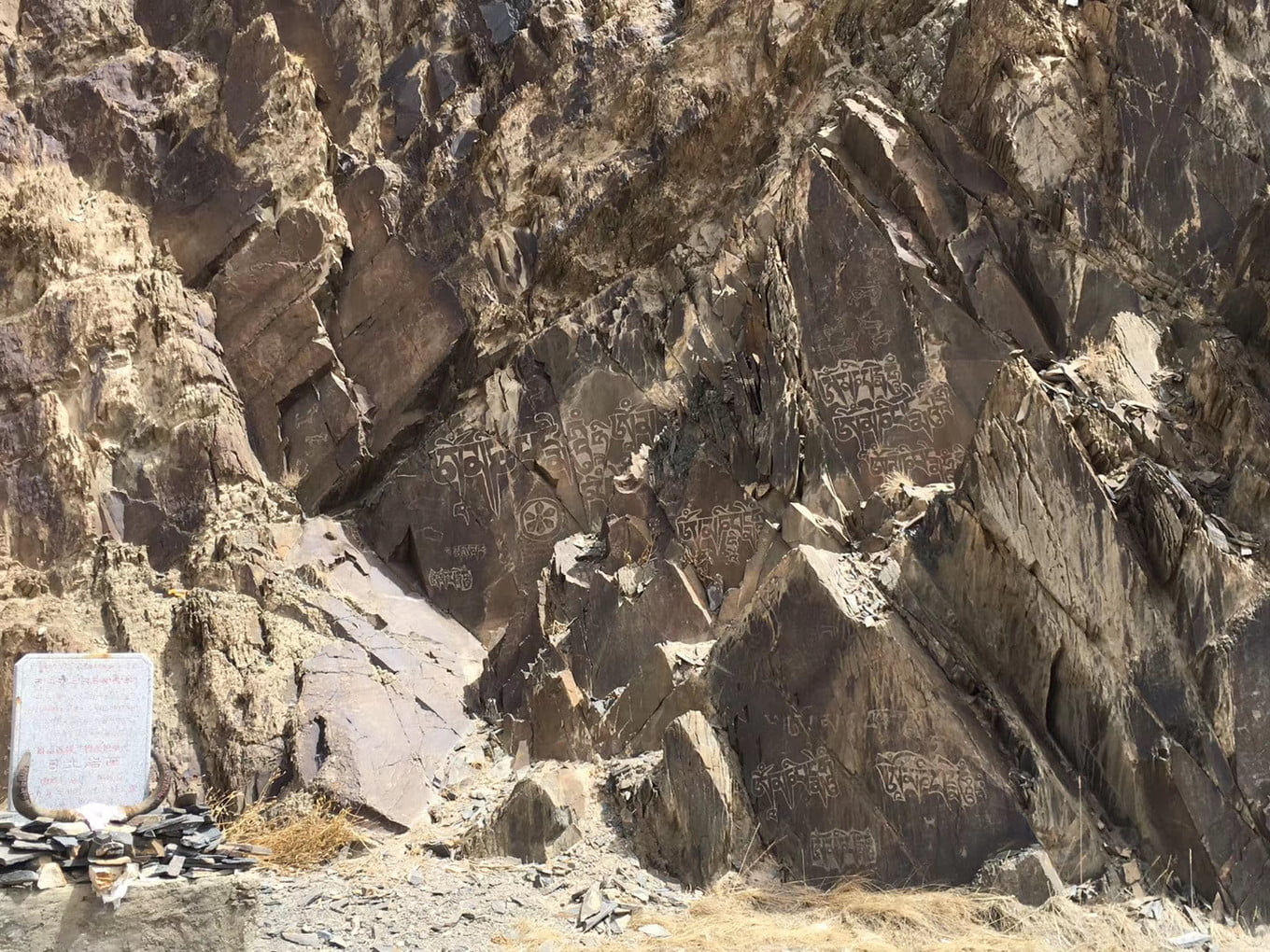 Ruthok rock painting, a cultural site, is located in Ruthok County, Tibet. It is mainly distributed in the South and east of Pangong Tso, nearly 200 or 300 square km. The most easily found rock paintings are in the area of Xinjiang Tibet highway near Ritu. Murals are carved with hard stone or other hard...Read More
adminAttractions, Ngari Attractions 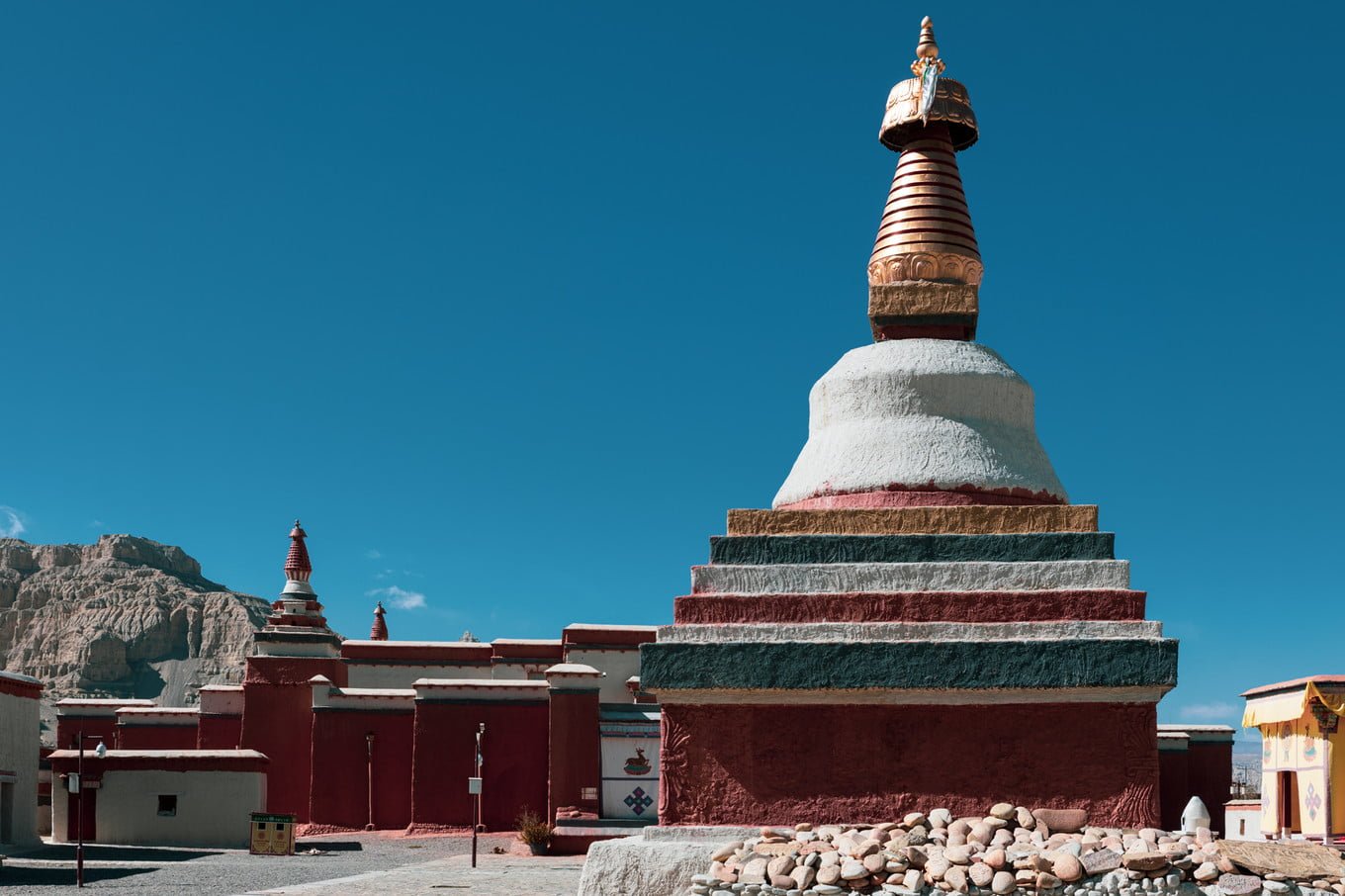 Thong Monastery began to be built in 996, and it is the first Buddhist Monastery constructed in Ngari Prefecture by the Guge Kingdom. The murals of the Monastery can be called unique paintings through the ages. the second dissemination of Buddhism is originated here. It affords a lot of precious material in kind for research...Read More
adminAttractions, monastery, Ngari Attractions 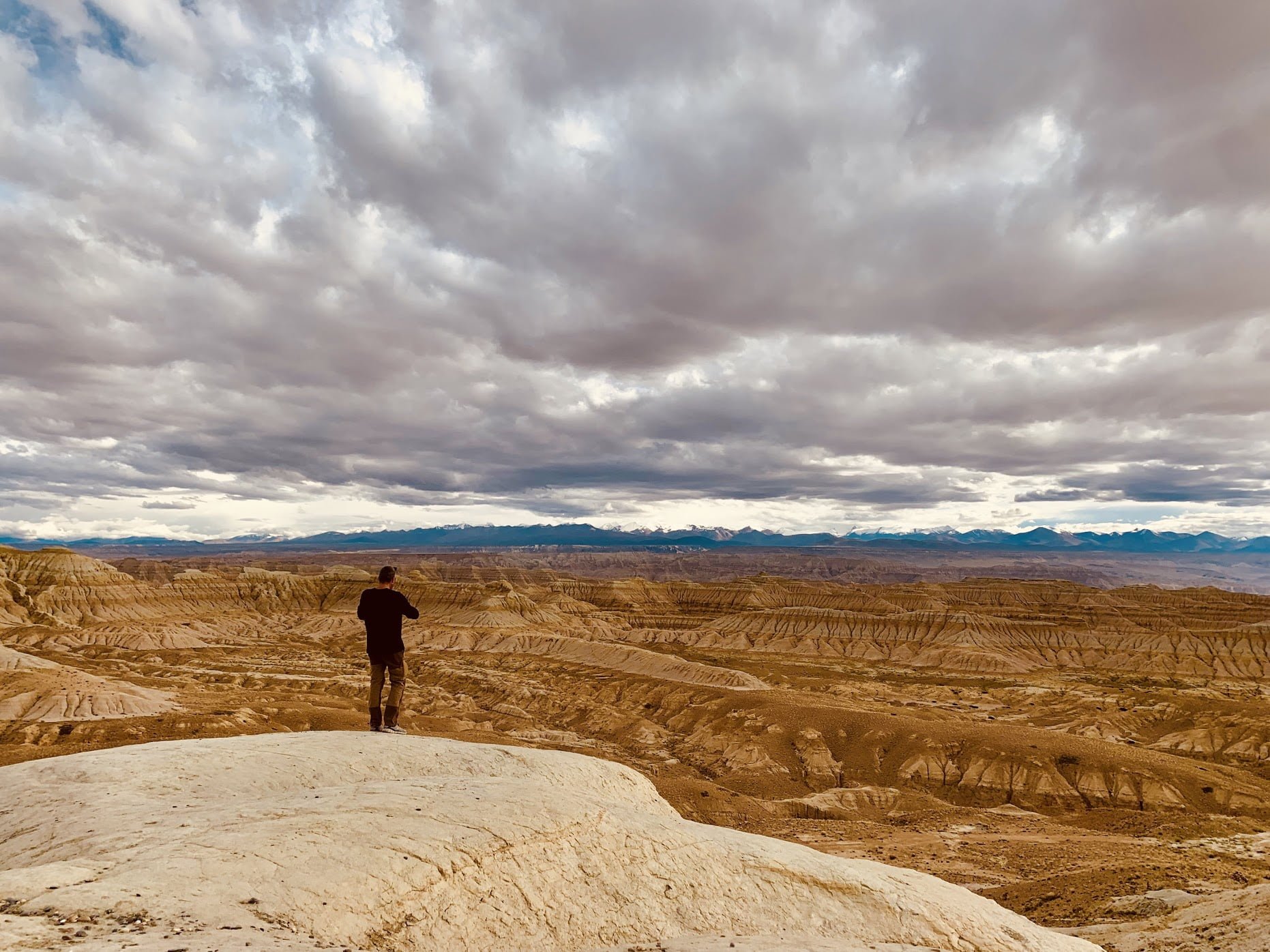 As a typical typography, Zhada earthen forest can be called an extraordinary master work of the nature. It is the sole one in China and the typical one in the world. it is most representative at both side of Langchen Tsangpo(Indus river). The Zhada earthen forest is 5,000 sq km in scale, while the kernel...Read More
adminAttractions, Ngari Attractions 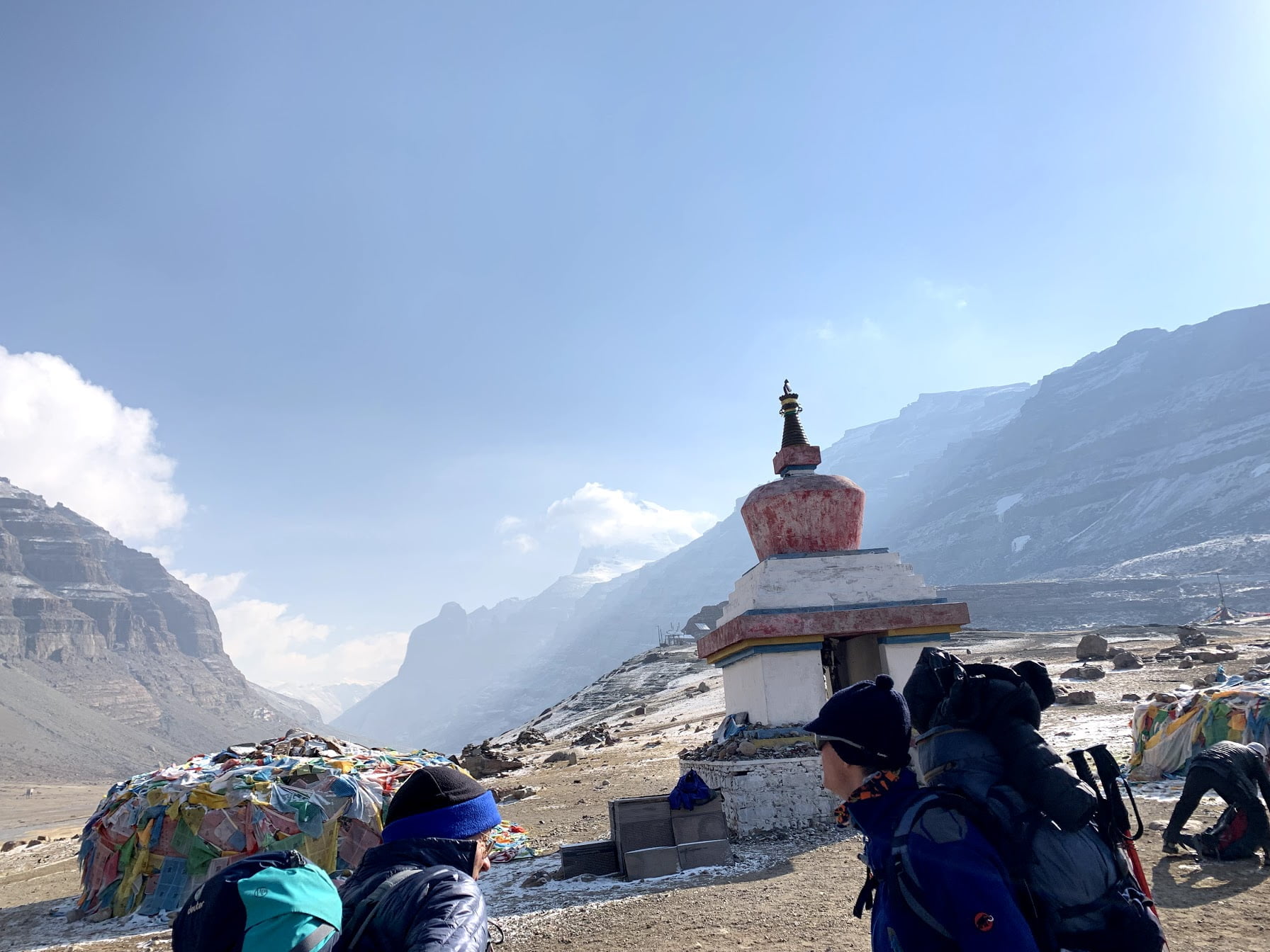 As the main peak of Gangdise Mountain, Mount Kailash (Gang Rinpoche) peak is 6.638 m above sea level. Over 250 glaciers around peak make it the sources of the Indus, Ganges and Yarlung Tsangpo rivers. In the west of Tibet you can find the most holy mountain in the world: Kailash. The mountain dominates the...Read More
adminAttractions, Mountain, Ngari Attractions 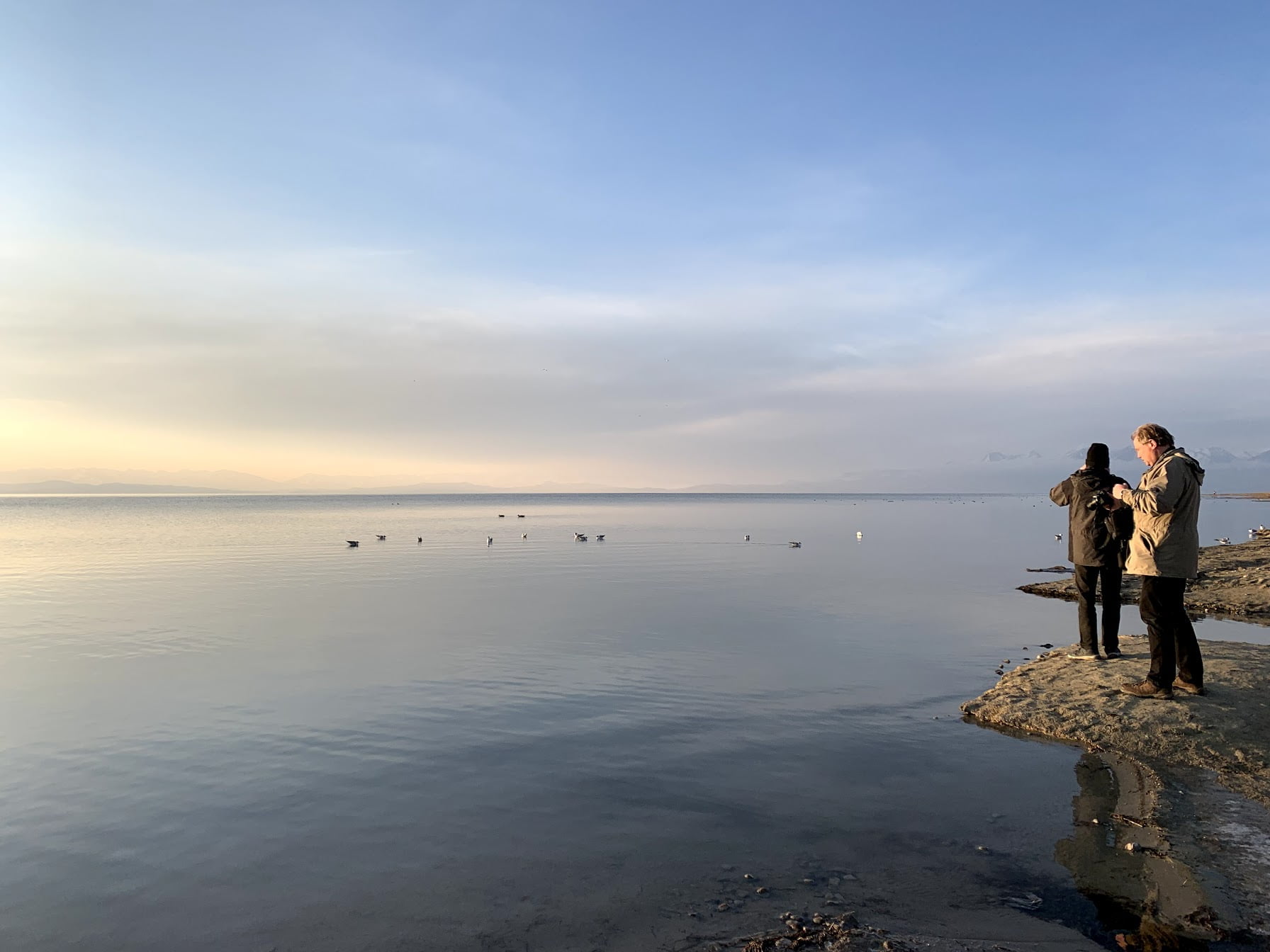 As one of the sacred lakes in Tibet and one of the highest fresh water lakes in the world, Manasarovar or Mapam Yutso lake is 4,586 m above sea level and 77 m deep, with an area of 412 sq km. on the slope of the mountain by the lake stands the Jiwu monastery, which...Read More
adminAttractions, Lake, Ngari Attractions 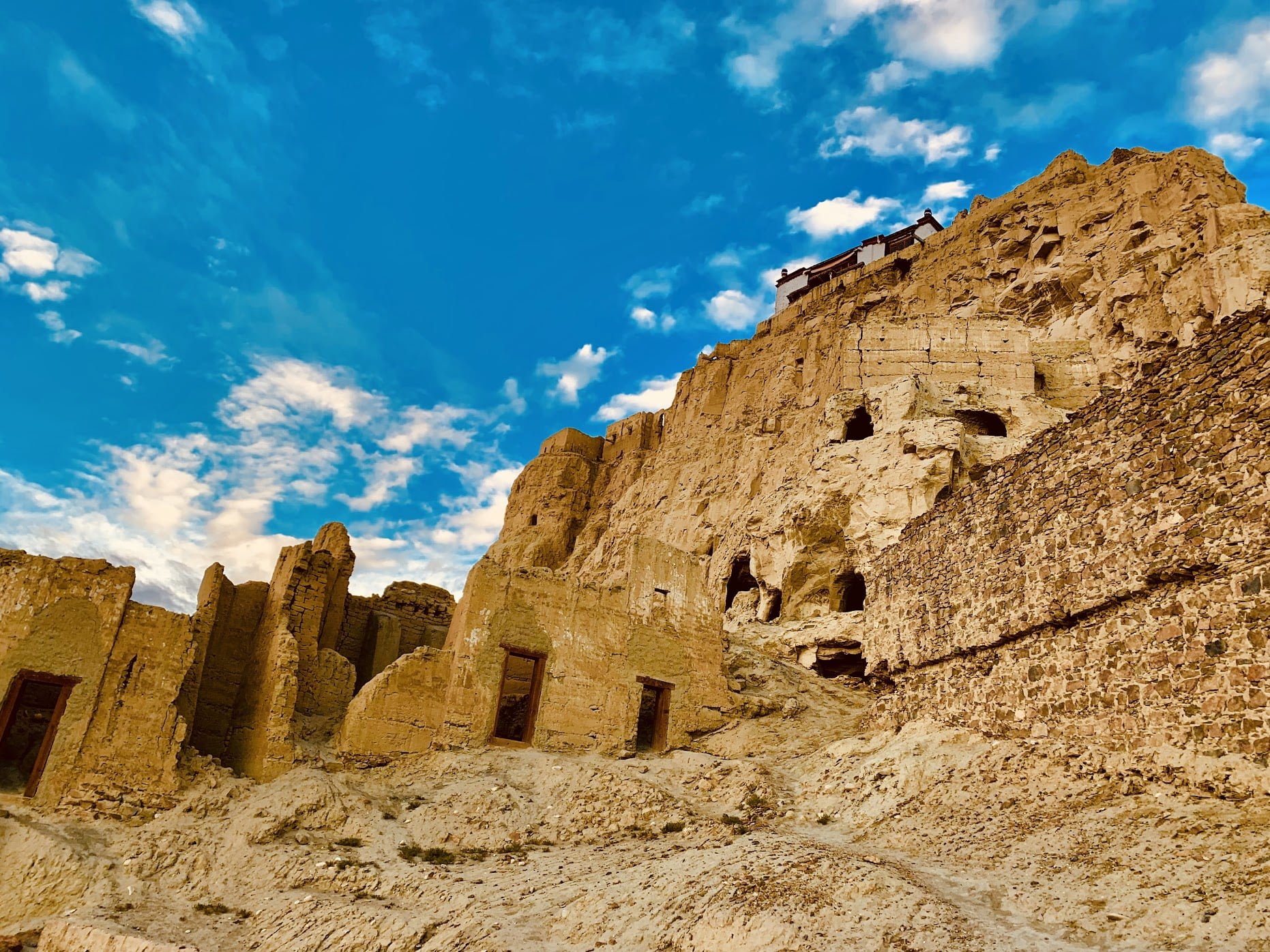 After Tibet Empire Collapse, Guge kingdom was born, It played important role from 10th century to 17th Century. However, a war in 1630 destroyed thw whole kingdom. The glory and vicissitudes of guge kingdom is still a riddle up to now. The surviving buildings of Guge kingdom are altogether 1,416 including caves, houses, watchtowers, ancient towers...Read More
adminAttractions, Ngari Attractions