When you book with an account, you will be able to track your payment status, track the confirmation and you can also rate the tour after you finished the tour.
Sign Up
1225

If you are looking for an authentic cultural experience where you will spend your evenings either camping or among the locals in villages and stay at local people’s homes, this is the tour for you. This tour is the most popular trekking tour in Tibet. This trekking section will take you across two mountain passes, beautiful alpine lakes, and local nomads. This is originally a trekking route that pilgrims use, so you will be able to see Tibetans praying on the way. Follow the footsteps of pilgrims to experience their devout hearts. You will trek to Samye Monastery then drive to Tesdang and visit the first palace of Tibet, Yumbulakang, and Trundruk monastery.

Conditions: You will have 2-3 days to adapt to the high altitude and prepare for the trekking. You do not need previous trekking experience through a relatively high level of fitness is required. You will stay in a tent or local Tibetan’s family during the trekking section and might not be able to take a shower.

Best time: Between May and September is the best time to take this tour. Avoid July and August as they are simultaneously the peak season and rainy season. It may be too cold and windy to do this tour in winter.

Welcome to the roof of the world! You will be pick up at the airport or train station, then be escorted to your hotel in Lhasa city at the comfort of your own private vehicle. En route, enjoy the breathtaking view along the Yarlung Tsangpo River. Tibetan features can be seen along the way, including Big Buddha engravings on the hill near the road, colorful prayer flags, and friendly Tibetan people.
After arrival at your hotel, the rest of the day is free for you to explore the local area and acclimatize yourself to this high-altitude city at the top of the world.

After breakfast, you will firstly visit Norbulingka Park, the former summer palace of Dalai Lama. Explore the beautiful gardens and experience one of the holiest sites in Tibetan Buddhism while soaking up the rich history. Next, come to Drepung Monastery, which was once the largest Tibetan Buddhist monastery housing 10,000 monks in its heyday. Learn about the lives of Tibetan monks.

Your tour ends at Sera Monastery, where you will get the chance to experience “Buddhism Scriptures Debating”. These debates are unique to Sera and are quite famous. Enjoy the debates!

The overwhelming Potala Palace is your first stop. As the symbol of Tibet, it was built in 641 AD and was the winter palace of Dalai Lama who is Tibet’s pope. Impressive Tibetan architecture, huge golden Buddha statues, red-robed lamas and devoted pilgrims all make it a must-visit.

In the afternoon, you’ll visit the Jokhang Temple, the spiritual center of Tibet. Every day, pilgrims from every corner of Tibet trek here from long distances to worship. Finally, walk the special circular pilgrimage route as local followers always do at Barkhor Street.

It is a short drive (1.5 hours, 45km) from Lhasa to Ganden Monastery, which lies at an altitude of 4,500m. Explore the attractions in and around the ancient town of Ganden, home to the earliest monastery of the Gelugpa sect of Tibetan Buddhism. Although the monastery is mostly in ruins, it is a fascinating place. Pilgrims arrive in Ganden from all over Tibet to walk around the site of the monastery, and one can observe the rituals they perform on this ‘Kora’ around the monastery.

Tips: The broad paved road is in good condition. As Ganden Monastery is at an altitude of roughly 4,500m, be sure not to strain yourself physically, especially if you are still not fully acclimated. Be sure to bring snacks and plenty of water with you!

Day 5 Trek from Ganden to Yama Do

This is a 5-hour trek. From the highest point of the Ganden kora, trek along an ancient trail and take in scenic views of unusual beauty. Walk along a ridge to reach the ancient Hepu village. In the afternoon, you’ll walk through Ani Pagong, a narrow part of the trail that was once home to a nunnery. In the late afternoon, ascend to Yama Do.

Camp overnight at Yama Do.

Day 6 Trek from Yama Do to Tsotup Valley

This trek takes 4 to 5 hours. Early in the morning, trek from Yamo Dor through a steep gully to the banks of a stream. Climb to Shug La pass and begin the descent from there through fields of glacial boulders. Tsotup Chup is actually a large stream that flows through the valley, and we will cross this stream towards the end of the trek. Camp overnight in Tsotup Chu valley.

Tips: Be careful while trekking! Make sure you bring some snacks and plenty of water.

Go on an exciting 6-7 hour trek covering 14km. Follow the Tsotup Chu towards the rocky mountain pass of Chitu La. Descend from there into the exquisitely beautiful camping grounds and fields around the tributary of the Tsotup Cho, walking through the picturesque Herder’s camp along the way. Stay overnight at the Herder’s Camp.

Trek from Herder’s Camp to Wango (25 km). This is a 6-hour trek. The trail widens and the walking becomes easier. Follow the trail through beautiful rivulets of water and fertile forests. There are many varieties of trees, shrubs, rhododendrons in full bloom, and vistas of meadows that will take your breath away.

There is also a desert not too far away. This part of the trek is really amazing. Along the way, you will pass the village of Changtang, and you can choose to hike to the holy Buddhist meditation site of Yamalung, an ancient hermitage.

Eventually, the trail goes to the Samye valley along a beautiful stream. Camp at a site near Samye.

From the campsite, a 2-hour trek takes you to Samye Monastery (14km), with spectacular views from Pisha and the vista of the Samye valley along the way. From the high point of Dagmar, explore many temples, and ruins. At Samye itself, explore one of the oldest and holiest Buddhist sites, Samye Monastery. Its ancient buildings are a Tibetan architectural masterpiece.

Drive from Samye to Tsetang, the third-largest city in Tibet. Stay overnight at a hotel in Tsetang.

Tsetang is known as “the cradle of Tibetan Civilization” for two reasons: first, its mild weather and fertile land conceived the great Tibet dynasty; second, it’s the birthplace of the first Tibetans who were said to be the offspring of a monkey and a demoness. Today you will visit the Yumbulakang and Trundruk monasteries.

According to a legend of followers of the Bon religion, Yumbulakang was erected in the second century B.C. for the first Tibetan king Nyatri Tsenpo, who was descended from the sky. Yumbulagang became a shrine and under the reign of the 5th Dalai Lama, Ngawang Lobsang Gyatso, a monastery of the Gelugpa school. Yumbulakang monastery was severely damaged during the Cultural Revolution, though it has been extensively renovated since.

According to legend, the site where the Trandruk Monastery lies once was a large lake and an evil dragon with five heads lived in the lake. The evil dragon caused havoc for the people living around the lake. In order to defeat the dragon and save the villagers, Songtsen Gampo turned into a roc and fought with the dragon, finally managing to kill it. The Trandruk Monastery was built to commemorate Songtsen Gampo’s great deeds. Many pilgrims come to Trundruk monastery to worship.

Drive back to Lhasa to stay overnight.

Today is free for you until your tour guide transfers you to the airport in time for your flight or drop you off at Lhasa train station. 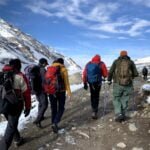 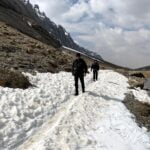 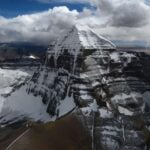 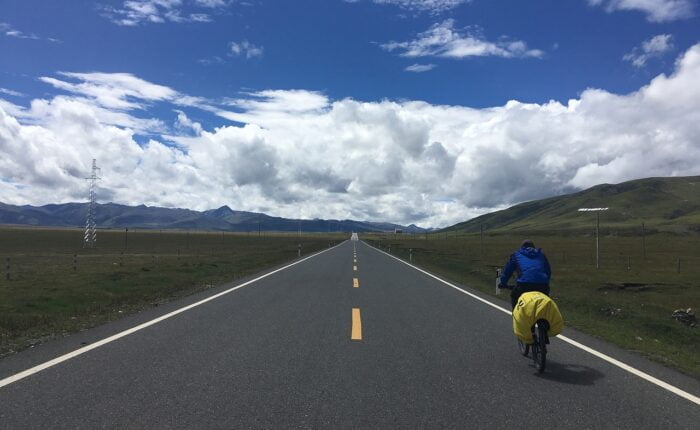 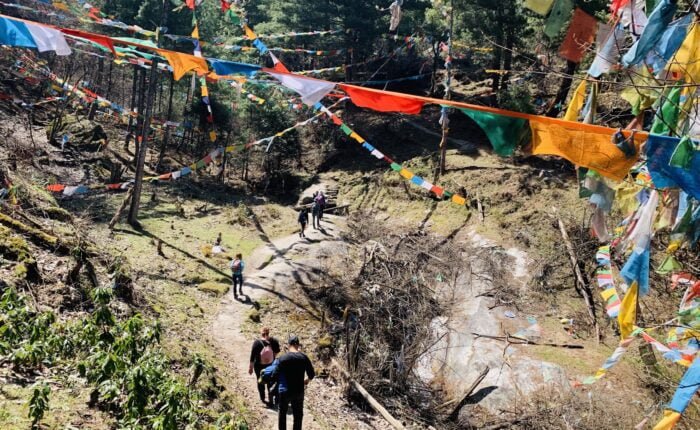