When you book with an account, you will be able to track your payment status, track the confirmation and you can also rate the tour after you finished the tour.
Sign Up
1319

Sichuan Tibet Highway begins at Chengdu, Sichuan and ends at Lhasa, Tibet. It extends via Ya`an and Kangding to Xinduqiao, where the road becomes crotched. The north way runs via Kartse, Dege, Chamdo to Bamda, where the south way joins in. The road goes on via Baxue, Ranwu, Bomi, Nyingchi, covering a distance of 2412km, and finally reaches Lhasa. Drivers prefer the south way because it is shorter ( 2149km ) and its average altitude is lower.

Danba is a small county in the mountain valley whose residents are Gyarong Tibetans, or farmers living in a mild climate. This area of Tibetan-speaking hamlets perched stunningly on 8,000-foot-high mountainsides that loom over the town of Danba, has long been a way station on a circuit through the country’s southwest, which is home to some of China’s most exotic travel destinations.

Lithang is the county seat of Litang Couty, in western Sichuan Province, south-west China. It is also part of the ancient and historic Tibetan province of Kham. The town has a population of about 50,000 and is a major center of Tibetan culture in Kham and at an elevation of 4000m (13,123 ft) is one of the highest in the world. Several Dalai Lamas where born here and lived in the local monastery located just outside the town on a hillside.

Litang is a bustling little place with colorful street life thanks to the nomadic shepherds and Tibetan people coming here to sell and buy their products. The older parts are situated on the hill slopes to the east, while busy construction work is extending the place into the surrounding grassy plains. The vast majority of the population is ethnically Tibetan and bi-lingual but most signage is in Mandarin. The closest thing to big city ementitides is Kangding 8-9 hours to the east over several breathtaking and dangerous passes.

Batang means sheep-baaing lakeside and it is one of the most beautiful places in the world.The scenery here is simply beyond praise. Dreams Travel`s clients often are greatly astonished: Why are people here so beautiful. Overnight at Hotel

152km ride on Chengdu Basin to Ya`an and over Mt Erlang mounting Qinghai-Tibet Plateau. Overnight at Danba Hotel
Danba is a small county in the mountain valley whose residents are Gyarong Tibetans, or farmers living in a mild climate. This area of Tibetan-speaking hamlets perched stunningly on 8,000-foot-high mountainsides that loom over the town of Danba, has long been a way station on a circuit through the country’s southwest, which is home to some of China’s most exotic travel destinations.

After breakfast, you will firstly visit the Norbulingka Park, the former summer palace of Dalai Lama. Explore the beautiful gardens and experience one of the most holy sites in Tibetan Buddhism while soaking up the rich history. Next, come to Drepung Monastery, which was once the largest Tibetan Buddhist monastery housing 10,000 monks in its heyday. Learn about the lives of Tibetan monks.

Your tour ends at Sera Monastery, where you will get the chance to experience “Buddhism Scriptures Debating”. These debates are unique to Sera and are quite famous. Enjoy the debates!

The overwhelming Potala Palace is your first stop. As the symbol of Tibet, it was built in 641 AD and was the winter palace of Dalai Lama who is Tibet’s pope. Impressive Tibetan architecture, huge golden Buddha statues, red-robed lamas and devoted pilgrims all make it a must-visit.

In the afternoon, you’ll visit the Jokhang Temple, the spiritual center of Tibet. Every day, pilgrims from every corner of Tibet trek here from long distances to worship. Finally, walk the special circular pilgrimage route as local followers always do at Barkhor Street.

Today is free for you until your tour guide transfer you to the airport in time for your flight or drop you off at Lhasa train station.

What’s included in this price?

1. Private professional English-speaking tour guide.
2. Private vehicle and Luggage Transfers.
3. All necessary Tibet travel permits.
4. All accommodations, based on double-occupancy. Above three star rated hotels in towns and city. Guest house or tent in remote areas.
5. Meals, depend as noted in the itinerary.
6. Admission fees and activity expenses, as noted in the itinerary.
7. All Service Charges (the planning, handling, operational and communication charges) & government taxes.
8. Accident / Casualty Help

What’s excluded in this price?

While the trip of a lifetime is priceless, we know value is a vital aspect for those deciding which tour to choose.

When comparing tour prices, be sure to compare like to like. Our tours are designed to ensure that our customers experience all the culture, history, and beauty that Tibet has to offer, and at a reasonable price.

A great way to ensure the lowest possible price is to invite more people on the trip. The more people in a group, the lower the price per person. (We recommend you join our group tour if you are traveling alone. Please contact our travel consultant for more information)

Booking early is also an easy way to ensure the best rate! We highly recommend you contact us at least 1 month before your planned departure date.

Can I cancel my tailor-made tour ?

Yes! If you want to cancel your tailor-made tour due to some factors, you can. But you will be liable to pay cancellation charges that are bounded by Tour Tibet cancellation policy. Please read more about Terms and Conditions.

Can I arrange my Tibet tour on my own? Is it easier and cheaper ?

No. When you plan to tour Tibet, you first need to apply for the Tibet Travel Permits, which must be entrusted to a local travel agency for application from Tibet Tourist Bureau.

Can I talk to a travel consultant in person ?

Yes! We welcome our clients to come to our company and speak with our travel consultant face to face. And then customize your Tibet tour together with you.

How can do the payment ?

Once you are satisfied with all the arrangements and your tour is confirmed, you need to pay a deposit of 20% of the total cost of your trip, via PayPal, Credit Card, Western Union, Wire Transfer.
When starting your tour, you need to finish the final payment and then start your dream Tibet tour with us!

Have to Travel on certain dates?

Because all of our tours are customizable, you can travel with us on any date you wish ( depending on flights ).
The itineraries provided on our website are the only sample, and you can change any destinations to suit your tastes and budget. Your travel consultant will provide advice and answer your questions.

Have I need travelling as a member of a group?

No. Our tailor-made trips are arranged on an individual basis, which means you are not tied to the wishes of a group and you can arrange your itinerary at your own pace.
If you are interested in a Group Tour, we do offer an arranged tour in a small group of up to 16 people. 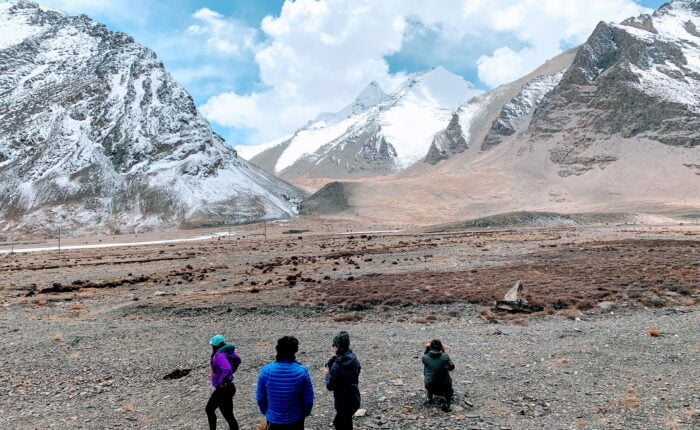 My private tour with Tour Travel Tibet was an amazing and holistic experience that gave me a deep inside view of Tinet and is culture. Everything was arranged to perfection from the date of our arrival till our departure. The local English speaking guide was very helpful and introduced us to the word of UNKNOWN Tibet. I will definitely come back.