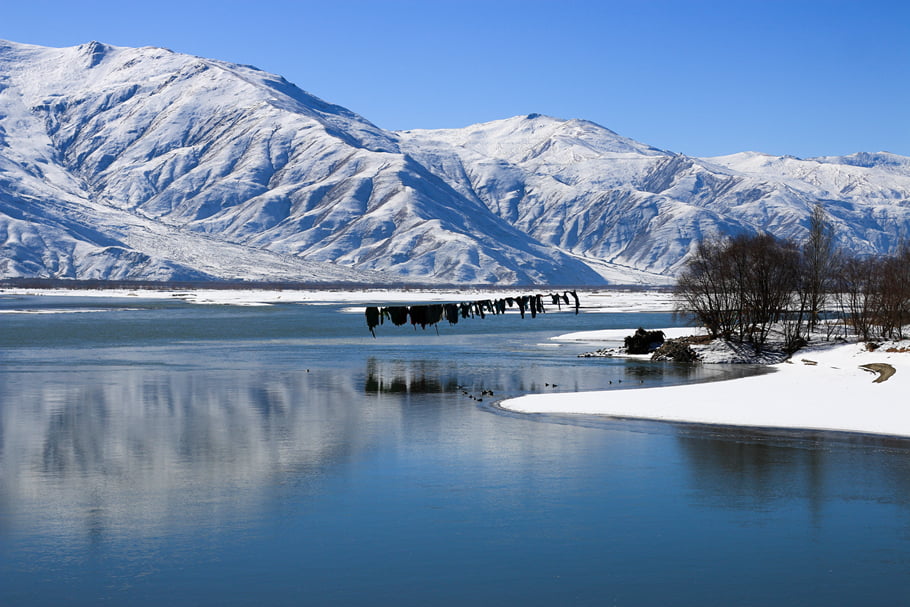 With an average altitude of 4,500 meters, Tibet is always mistakenly considered unbearably cold and off the list of winter destinations. However, travelers who have actually been there believe it to be the best winter destination in Asia. First, Tibet is not as cold as many people imagine. In the daytime, it is actually quite warm. Temperature rises quickly with the sun. Second, Tibet is at its most authentic in winter when Tibetans take advantage of this slack farming season to make their pilgrimage. Monasteries, temples and streets are teeming with traditionally dressed Tibetan Buddhists. Third, it is the best time to avoid crowds and enjoy lower costs on a tour to Tibet. Travelers can usually get a good discount on hotels, air tickets, tourist sites, and other services in winter.However, travelers should take note that the roads to some of the mountainous areas of Tibet might be blocked by heavy snow. We highly recommend the following three destinations, which are usually reachable and are the most attractive in Tibet winter tour.

Lhasa, the City of Sunshine

Sitting on the north bank of the Lhasa River, Lhasa is the political, economic, cultural, and religious center of Tibet. With more than 3,000 hours of sunshine annually, it has been dubbed “the City of Sunshine”.

Its average temperature is about ten degrees centigrade in winter. In the daytime, it gets warmer as the sunlight intensifies. Although it is very cold at night, travelers can still sleep well in a large number of hotels equipped with perfect heating facilities.

There are many historic sites and famous relics in and around the city, such as the well-known Potala Palace, Jokhang Temple and the three greatest monasteries of Tibet. In winter, many pilgrims visit the monasteries and take part in religious activities in Lhasa, a great opportunity to experience local culture and customs. In addition, snow-capped mountains, blue lakes, hot springs and millions of migratory birds make Lhasa more charming in winter.

Inside the city, there are several great places to visit in winter. The Potala Palace, one of Tibet’s most iconic buildings, has played a central role in the Tibetan administration.

The palace is built on the site of a 7th century meditation retreat that was erected by the Tibetan Emperor, Songtsen Gampo. In 1645, the fifth Dalai Lama built the current palace as the seat of Tibetan government, which it remained until Norbulingka was constructed in 1755. After that, the White Palace became the winter palace for the Dalai Lamas.

At the foot of Tatipu hill on the northern outskirts of Lhasa is Sera Monastery, one of the three most famous monasteries in Tibet. Initiates are required to take part in religious and spiritual debates to further their learning. These monks can be seen every weekday in the special debating field, where they present their arguments with vigorous hand gestures, clapping, pushing and plucking of their prayer beads.

At the foot of the Gambo Utse mountain, 5km to the west of Lhasa, lies Drepung Monastery.One of the three “Great Monasteries”, which includes Sera and Ganden monasteries, and was first established in 1416.

On Wangbur Mountain, on the southern bank of the Lhasa River 47km from Lhasa, sits Ganden Monastery, the first or prime monastery of the “Three Great Monasteries” of the Gelugpa sect.

Normally busy and filled with tourists in the summer and shoulder seasons, they are much more accessible in the winter months, and visitors can take their time looking around without having to rush because of the limited visiting times.

Must-visit Attractions from Lhasa to Shigatse

On the way to Shigatse, there are also several famous tourist sites, including Lake Yamdrok, Karola Glacier, Gyantse Dzong and Kumbum of Palcho Monastery. In addition, there are many traditional villages, where travelers can visit Tibetan families to experience local life and enjoy authentic Tibetan food.

100 kilometers southwest of Lhasa lies a large body of water known locally as Yamdroktso, or Yamdrok Lake. This widespread lake is one of the three large sacred lakes of Tibetan Buddhism, and is a popular place for tourists visiting Tibet. Sitting on the high-altitude plateau of Tibet, Yamdrok Lake is nestled between the flanks of the mountains of the Himalayas, on the road from Lhasa to Gyantse, it is the largest inland lake in the northern Himalayas, and is supplied with melting ice from the spring thaws, which give it a very low saline level.

About two hours’ drive from Lake Yamdrok, on the road to Shigatse, is the astounding sight of the Karola Glacier.Although it is not a big glacier, as glaciers go, the pristine whiteness of its surface is a spectacular view from the highway, and close up, it is even more amazing. Inside the ice stack, you can see the various layers that make up this moving river of ice, and you can climb up close to it to get a better view.

With a peak at 8,844 meters above sea level, Mt. Everest is renowned as the highest mountain on earth and “the Third Pole of the World”. Although it is very cold there in winter, the scenery is extremely beautiful. As the sun gets lower and the sky becomes clear, it casts beautiful shadows and illuminates almost everything in sight.

For more up-to-date information about Tibet travel,scan the QR code to follow Tour Travel Tibet. We offers innovative ideas on itineraries,things to do and see,places to eat and sleep, transportation and visa guidelines etc. 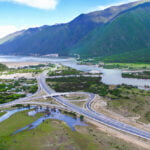 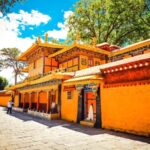