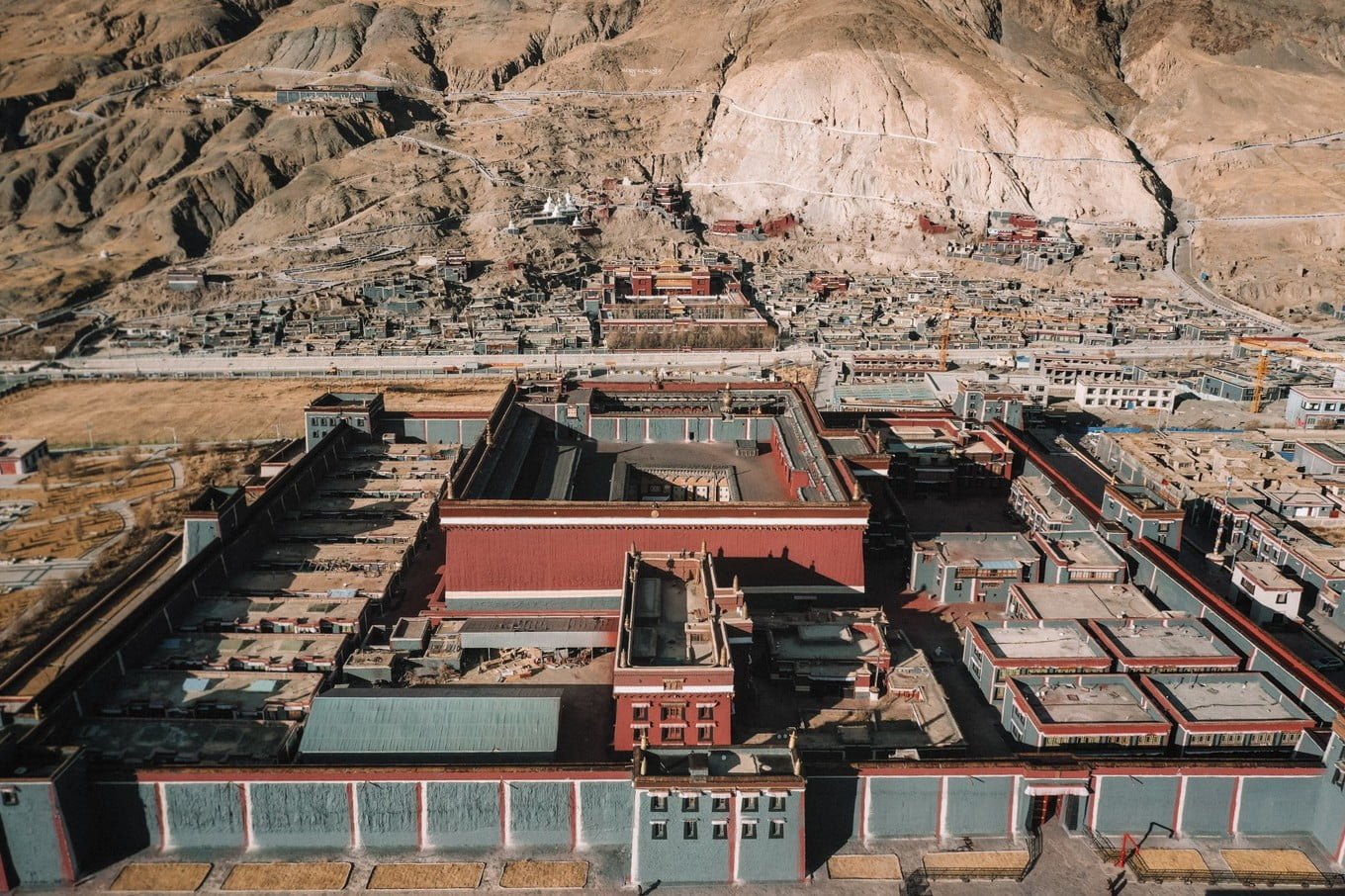 Sakya, the birthplace of Sakya sect of Tibetan Buddhism. It was once the capital of the Sakya Dynasty in the middle of the 13th century. It is also the political, economic and cultural centre of Tibet.

“Sakya” means “grey soil” in Tibetan, and its name comes from the colour of Benboer mountain soil beside Sakya. Now, standing between the ruins of Sakya North Temple, you can see the background of rich culture and history.

The walls were painted in red, white and grey stripes, which represent Manjushri, Avalokiteshvara and Vajrapani respectively.

Sakya Monastery reputed as the “Second Dunhuang”. It is built by Khon Konchog Gyalpo in 1073. When you come to this temple for the first time, you will wonder why the architectural style of Sakya temple is so different from that of other Tibetan temples. The shape of the circular is very similar to a castle that can deal with war at any time. Even the moat remains can be found on the outside of the city wall. Sakya Monastery records the history of religion and politics in Tibet.

Sakya Monastery has 900 years of history. They ruled Tibet for more than 70 years. So the monastery has a collection of highly valuable art pieces, Scriptures, Statues, during the reign of Phakpa Rinpoche. Sakya’s collection of treasures also contains 3,000 pieces of sutras that have thousands of years of history. The mural in Sakya Monastery is quite different from Dunhuang that has already become a relic.

The Assembly hall (Lakhang Chenmo) is the main building of Sakya temple. In the corridor leading to the main hall, the golden Scripture tubes on both sides. Although the murals experienced the erosion of years, the exquisite of murals can still be clearly seen. 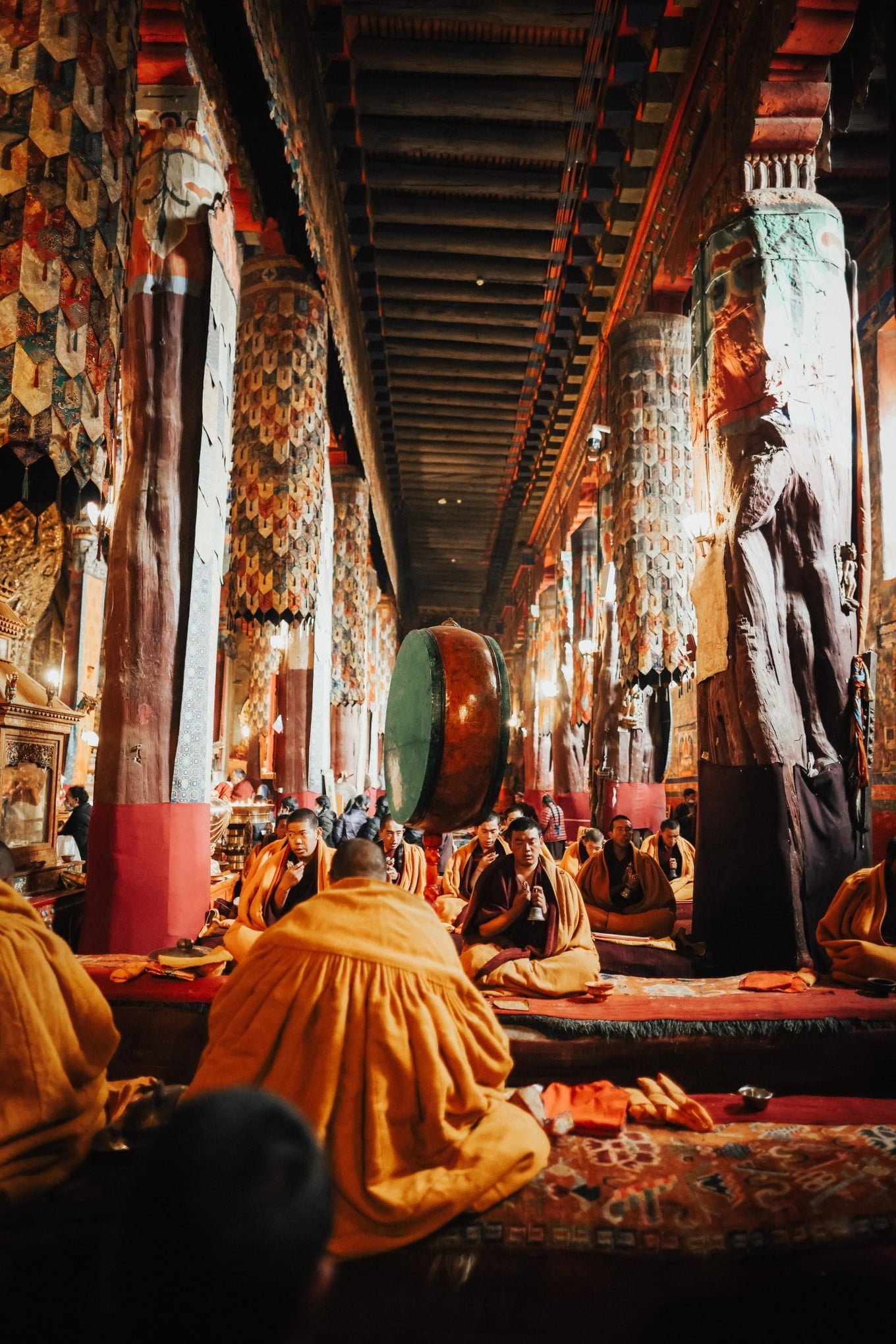 The main hall is supported by forty tall pillars. Among the forty pillars, four are very famous.

Bison pillar: it is said that bison (wild Yak)  arched to Sakya temple with their horns. Traces of their horns can be seen on the pillars.

Ink blood pillar: it’s said that this is the column sent by the sea god, and there is the blood left when it is sent.

Tiger Pillar: it’s said that it was a Tiger who carried it in those years. These pillars were upright and natural. It took three or four people to encircle them. 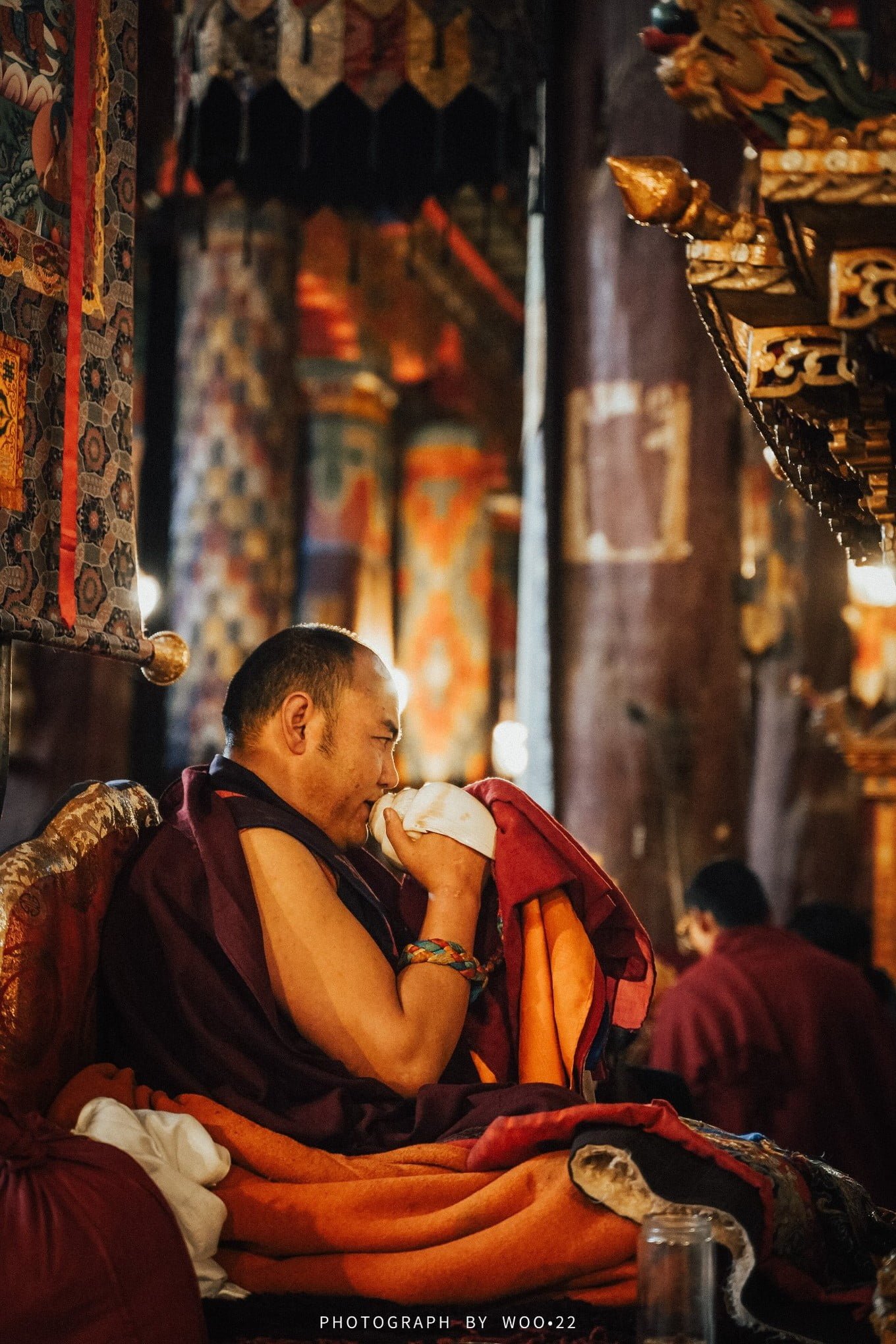 The monks who play conch usually form a long line in front of them. They play for their lost relatives and believe that they can get rid of the pain of reincarnation and turn into good people.

Going through a small passage in the main hall. Behind the statues of Buddhas, there was a mysterious place. It was like a deep time tunnel. What stood up on the wall was a huge Sutra wall. The wall is made up of grid by a grid of sutras. The 9-meter-high and 60-meter wide sutras wall is the treasure of Sakya temple, with a total of more than 80000 sutras. 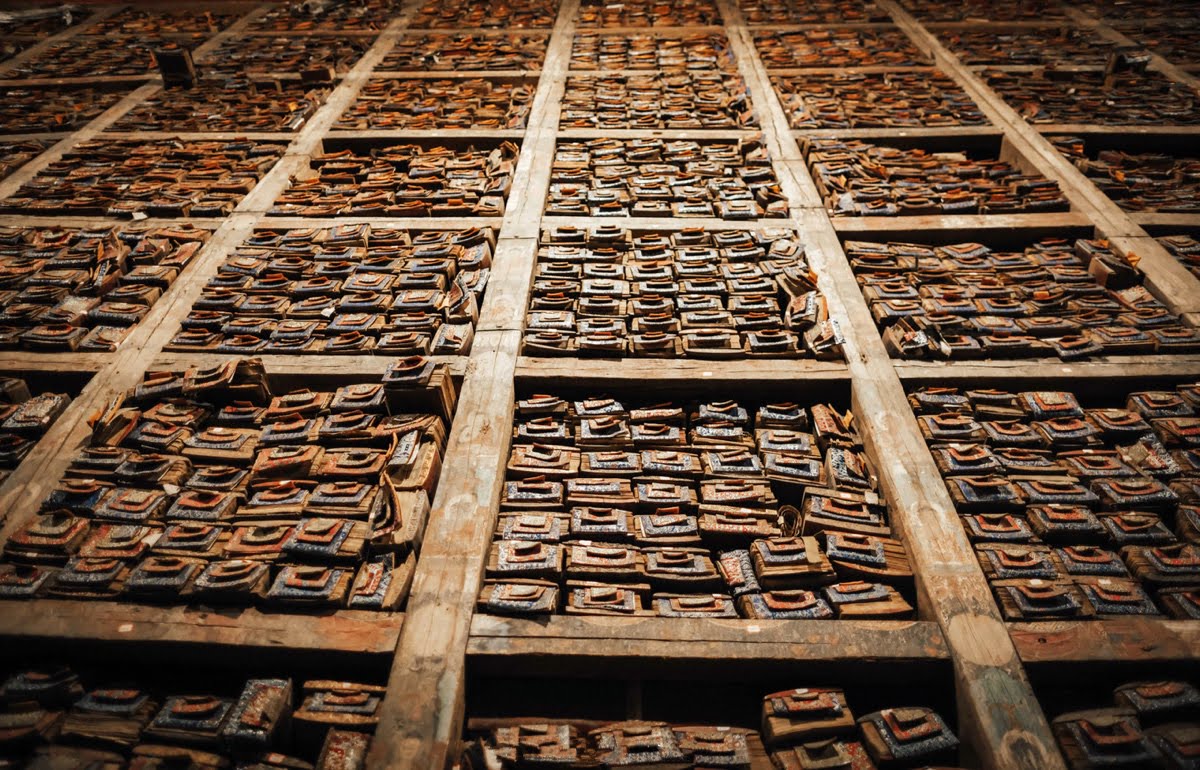 For a thousand of years generations of monks have been devoutly translating, copying and worshipping in Sanskrit or Tibetan with their pens dipped in gold or ink. Walking in front of this wall, there is no light or sound, but it seems to be choking the breath of the eminent monks who have been copying Scriptures for thousands of years, and touching their hands. Their spiritual light flickers and drips down the towering Sutra wall.

The whole county of Sakya is above 4300 meters above sea level, much higher than Lhasa and Shigatse. It is suggested to stay in these two places for at least one day to adapt to the plateau.