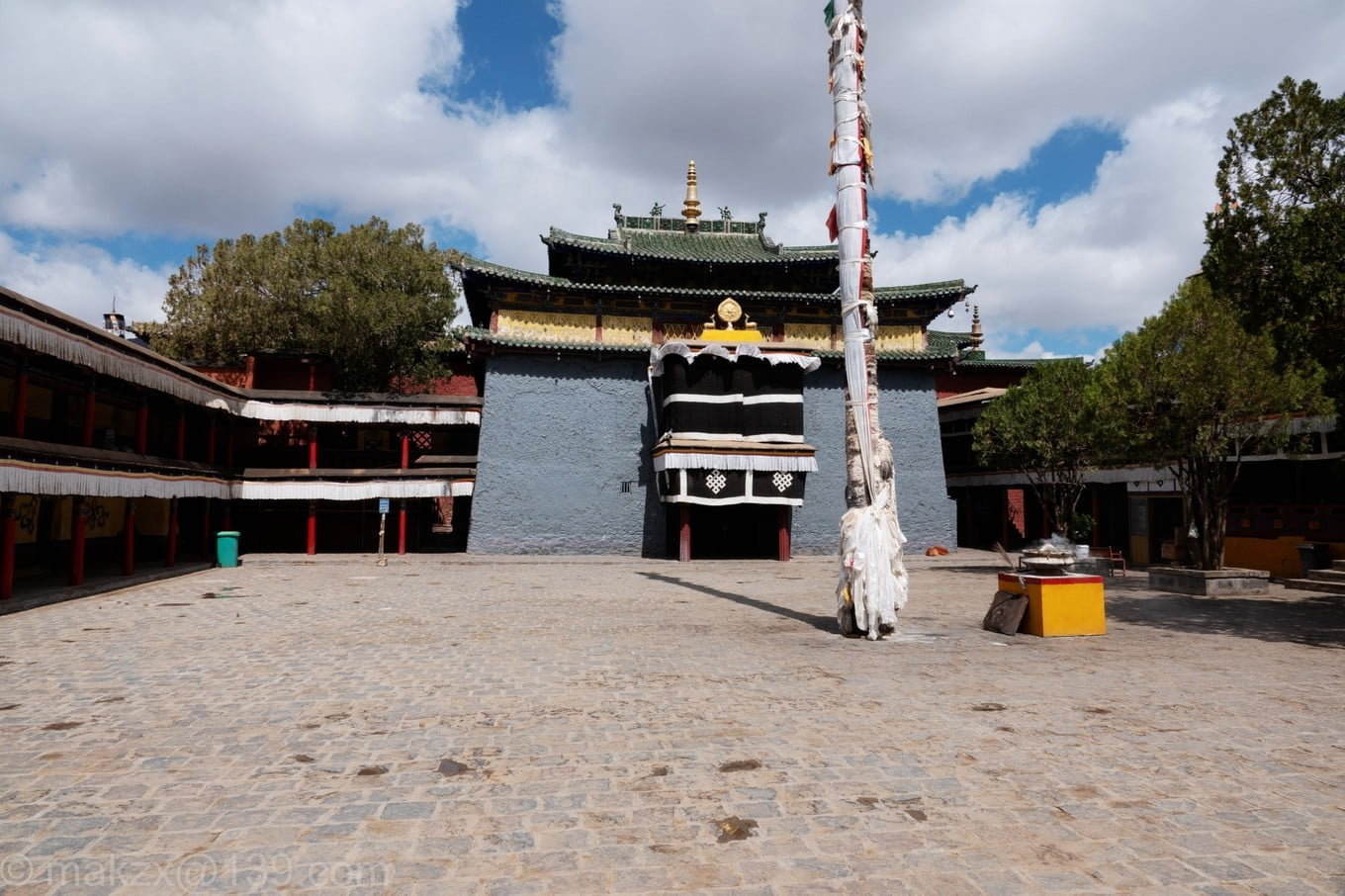 Shalu temple is located in Shigatse City, 26 km away from Shigatse, with an altitude of more than 3850 meters.

Jetsun Sherab Jungnay founded the Shalu monastery in 1087. Shalu in Tibetan, it means new bud. The site selection of the temple is based on the arrow landing. The arrow falls in the field where the crops just grow.

In 1320, Buton Rinpoche became abbot of the monastery. Buton was one of the greatest religious scholars of his time. His knowledge covered a wide range of religious subjects. So did the library that he assembled. He brought together 108 volumes of the fundamental texts of Buddhism, including the Kanjur and Tenjur sutras, plus 200 volumes of “treaties and commentaries”. Over 3,000 monks were attracted to his teachings.

Shalupa, also known as Butonpa, took form under Buton’s leadership. Shalupa included magical feats that monks learned to do. Some monks wore thin clothing in cold weather. They were able to raise their body temperatures to such a level that warm clothing was not needed. Other monks were able to run by leaping superhuman distances. covering long distances without rest.

The monastery is architecturally distinctive. In 1329, an earthquake destroyed the monastery. In 1333, Buton rebuilt it under the patronage of the Mongolian emperor. Since many Chinese Han artisans participated in rebuilding the monastery, combining the local Tibetan style with that of the Yuan Dynasty.

Chapels on the roof floor are of typical Chinese blue tile design. The chapels enshrine Sakyamuni, Shalu Monastery’s own Buton, and the Arhats. Arhats are those who have attained enlightenment, but whose rank and power is lower than that of a Buddha. Massive, delicately painted murals cover the walls of the monastery. Most of the murals depict stories from the life of the Buddha. The murals badly need restoration to preserve and protect them.

First is a sutra board. During the construction of the temple, 108 small wooden boards were used to form a square, and each board was engraved with Scripture. A passage is composed of 108 tablets. which is 700 years old and impossible to be reassembled if it is ever broken apart. It is believed to bring good luck.

The second treasure is a brass urn.  a large copper altar with a diameter of 80 cm is displayed in the southeast corner of the Sutra hall. It is said that the water in this altar is changed once every 12 years. When the water is changed, people can get the “holy water” in this altar, which is auspicious. and can also clean 10 kinds of dirt. It contains holy water that can cleanse away the 108 filths of human existence. The urn is usually sealed and covered with red cloth.

The third treasure is a stone basin that was once Chetsun Sherab Jungnay’s washbasin. It is placed in front of the main hall. It’s amazing that rain doesn’t overflow when it’s full.

The fourth treasure is a stone tablet on which the mantra “om mani Padme Hum” is written and four Pagodas are carved. It was discovered during the original construction of the monastery.

In 1988, Shalu Monastery was announced as the third batch of national key cultural relics protection units by the State Council.

There are a large number of historical relics such as murals, Buddha statues, scriptures, thangkas and magic weapons in Xialu temple