Tibet borders Nepal, Sikkim, Bhutan, India, Myanmar, and Kashmir. The land border is more than 4,000 kilometers long and is the gateway to South Asia. Tibet is surrounded by the Himalayas, the Kunlun Mountains, and the Tanggula Mountains, with an average altitude of more than 4,000 meters, known as the“roof of the world”.

It is the largest and highest plateau in the world, the main body of the Qinghai-Tibet Plateau. The terrain is complex and diverse, and it is mainly divided into four zones：

First, the northern Tibetan Plateau, located between the Kunlun Mountains, the Tanggula Mountains, and the Gangdise-Nyanchen Tangla Mountains.

The second is the southern Tibetan Valley, in the area where the Brahmaputra River and its tributaries flow, including the world’s largest canyon-the Brahmaputra Grand Canyon. with a depth of 5,382 meters.

The third is the high mountain canyon in eastern Tibet, that is, the Hengduan Mountains and the Sanjiang River Basin in southeast Tibet.

The fourth is the Himalayan region, which includes the world’s highest peak-Mount Everest, and other highest mountains in the world. It is 2,400 kilometers long and average height of 6,000 meters.

Northern Tibet has a continental climate. The average annual temperature is below zero degrees Celsius, and the freezing period is half a year. The highest July does not exceed 10 degrees Celsius, and June and August are warmer. There is less rainfall, and there is a large temperature difference between day and night, with the longest from May to October.

In general, the northwest is cold, the southeast is warm and humid, and the belt changes from southeast to northwest. In addition, there are a variety of regional climates and obvious vertical climate zones. The overall climate is characterized by thin air, low air pressure, low oxygen content; more sunshine, strong radiation; low temperature, large temperature difference.

Tibet is rich in resources and has huge economic potential. With the shift of the national strategic development focus to the west, Tibet’s potential resource advantages will gradually become realistic economic advantages for the benefit of the Tibetan people and will play an increasingly important role in promoting the development of Tibet and even the whole country, and in achieving the common prosperity and common development of all ethnic groups.

Agriculture and animal husbandry occupy a very important position in the national economy of Tibet. The agricultural and animal husbandry population accounts for 80% of the population of the region. The area of cultivated land in the region is 360,500 hectares, of which 255,700 hectares are effectively irrigated, accounting for 79.4%. There are a wide variety of agricultural crops. Barley and wheat are the main varieties, in addition to rice, corn, soybeans, sorghum.

Tibet is one of the five grassland pastoral areas in China. The area of natural pasture land ranks first in the country, with 64.7968 million hectares.

Yaks are the main livestock, in addition to scalpers, bison, sheep, goats, horses, donkeys, mules, pigs, chickens, and so on.

The Tibet Autonomous Region is rich in water conservancy resources, with natural water and energy reserves accounting for about 30% of the country, accounting for more than 200 million kilowatts; the upper sources of the famous Ganges, Indus, and Mekong rivers in Asia are in Tibet;

There are more than 20 rivers with a watershed area greater than 10,000 square kilometers in Tibet, and the Brahmaputra River is the largest river in Tibet, with a total length of 2,057 kilometers, making it the fifth-largest river.

There are more than 1,500 large and small lakes in Tibet, with a total area of 24,183 square kilometers, accounting for about one-third of the total area of lakes in China; it is the highest, largest and largest number of lakes in the world in the plateau lake area.

There are more than 1,000 wild plants used as medicine, among which 400 are the most commonly used medicinal materials. The most famous medicinal plants include Cordyceps Fritillaria, Sophora flavescens, Rhubarb, Gastrodia, Ginseng, Codonopsis, Gentian, and Salvia.

In addition, there are more than 200 kinds of known mushrooms, including the famous edible matsutake, hedgehog, camphor mushroom, shiitake mushroom, black mushroom, white fungus, yellow mushroom, and so on. Mushrooms used in medicine include Tukajo, Songganlan, and Steinomphalia.

Rare species on the Qinghai-Tibet Plateau under national key protection. The white-lipped deer only appears in China and is a particularly rare animal. Black-necked cranes and Tibetan pheasants are national first-class protected animals.

In recent years, it has been proved that Tibet has rich reserves of oil and gas fields, which is expected to become an important energy base in China in the next century.

Transportation – the guarantee of resource development and utilization

The first large-scale construction was the construction of highways from Sichuan and Qinghai to Lhasa. After decades of construction, there are now 15 trunk highways in Tibet, including five main trunk highways in Sichuan-Tibet, Qinghai-Tibet, Xinjiang-Tibet, Yunnan-Tibet, and China-Nepal; 315 branch highways, with a total length of 21,842 kilometers, all counties and 77% of townships are connected to roads.

Tibet is rich in hydro, geothermal, solar, and wind energy. It produces about 200 million kilowatts of natural hydropower each year, which accounts for about 30% of the country’s total electricity.

Lhasa itself is not only the political, economic, cultural, and transportation center of Tibet, but also the center of Tibetan Buddhism. The main tourist attractions include Jokhang Temple, Ramoche Temple, Potala Palace, Barkhor Street, Norbulingka Palace, and the Three Gandan Monastery.

It will be like this too. The Jokhang Temple, Potala Palace, Norbulingka Palace, Ganden Monastery, Drepung Monastery, and Sera Monastery are key cultural relics under national protection. Tibet is known as the “Roof of the World on the Roof”. The area attracts tourists because of its important religious significance. Many tourists and pilgrims from Nepal and India came here admiringly.

Tibet is a provincial-level ethnic autonomous place with Tibetans as the main body, and the ethnic population of the autonomous region accounts for more than 95% of the total population of the region. In addition, there are Han, Monba, Loba, Hui, Mongol, Naxi, and other ethnic groups, as well as sherpas people. There are more than 30 ethnic components.

Tibetans are hard-working and brave people with a long history. According to Tibetan and Chinese historical records, the Tibetan plateau has been inhabited by humans for a long time. In recent years, a large number of archaeological excavations have proved that human life has existed in the vast area of Tibet about 12,000 to 4,5,000 years ago.

The human beings and their ancient culture in Tibet belong to the same origin as the ancient culture excavated in the middle reaches of the Yellow River. The ancestors of today’s Tibetans are indigenous peoples living on the Tibetan plateau. However, it was not formed by a single tribe, but in the long-term development process, the local indigenous residents of the Tibetan plateau integrated with Qiang, and other ethnic groups and developed into today’s Tibetans. 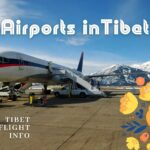