Shanghai Lhasa Flights which will take about 6 hours. These two flights depart daily and one will make a stop at Xian while another will make stops at Chongqing.

There are two international airports in Shanghai. This fact makes the city outstanding as the largest city in China. Pudong International Airport plays a more important role. At present, it has three runways, two terminal buildings, 218 gate positions and 70 boarding walkways. It is affordable an annual passenger throughput of 60 million. There are averagely 700 flights of departure or arrival in one day, making up some 60 per cent of Shanghai airports’ total amount. It includes the direct air routes to New York by US Continental Airlines, Mexico by Mexicana Airlines, Zurich by Swiss International Airlines and Atlanta by Delta Airlines. Over 60 Chinese and overseas airlines set up business here. The air network covers over 90 cities and regions outside China and more than 70 domestic cities.

15 airlines have scheduled flights to Hongqiao Airport, among which China Eastern Airlines, Shanghai Airlines, and Spring Airlines are headquartered at this airport. It connects the city with more than 60 cities in China and chartered routes to two cities in Japan and South Korea.

Why Take Flight to Lhasa from Shanghai

1. Shanghai is one of two most popular international arrival hubs in China (another is Beijing). You can easily get to Shanghai by flight from most global cities, wherever from Europe, Asia, North America or other continents. There are even some international cruises to Shanghai each week.

2. Daily flights are operated to Lhasa at valuable prices with short stopovers at Xian or Chengdu. Much shorter compared with a train trip to Lhasa from Shanghai.

3. Shanghai is one of the most popular travel destinations in China. It is an ideal place for a leisure city trip. 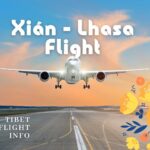 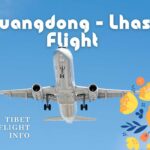 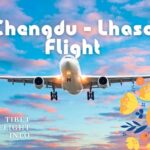 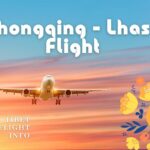 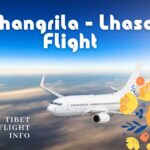 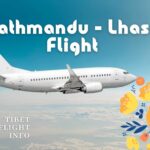 Flights info about Lhasa to Major Cities in China – FAQ