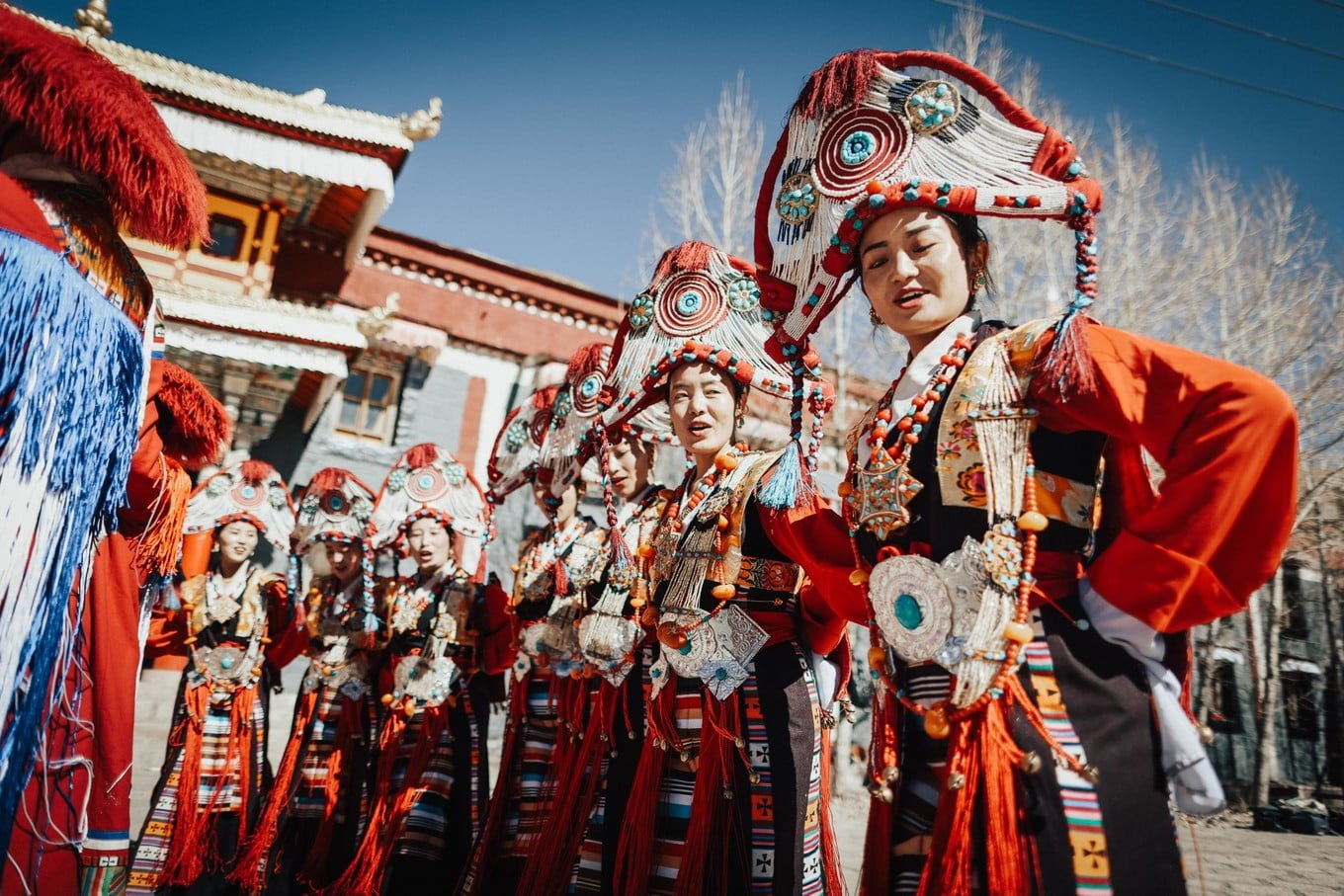 One drum and one cymbal were used as accompaniments in traditional Tibetan opera performance, which determines the crucial role of their players and the beats of drum and cymbal. Like other local dramas, Tibetan drama contains a large quantity of patterned dancing acts and performers must be in harmony with the beats of drums and cymbals, otherwise they feel lost in dance and are unable to continue the dances.

Pi Wang comes from (two-stringed fiddle) in shape, but the sound being louder, more high-pitched. It usually has a bamboo sound box, Mongolian goat’s skin, and a hard bow. Pi wang  is used as a musical accompaniment in folk dances like Nangma toeshay. Now, the accompaniment with Piwang has developed into a new set of skills with Tibetan characteristics, and it’s deeply loved by Tibetan people.

The name Piwang is the transliteration of Chinese low-pitched fiddle.

It bowings and fingerings are greatly different. Tibetan Piwang is the main musical instrument in the folk dances like Nangma toeshay, but it has a larger sounding box and a high-pitched tone with a little thickness. Tibetan people love it very much.

Different Tibetan operas use the same round wooden drum with two sides and a long handle. The size of the drum varies in different operas. The accompaniment drum in Tibetan opera has its special tone, whose sound is deep, loud, and strong.

Tibetan cymbal, made of copper, has two bubble shape plates and the two plates strike each other to produce sound. Different striking produces different tones. This instrument is widely used in Tibetan operas, folk dances and religion dances.

Gyaling made of wood, is embroidered delicately with gold and silver and jewels.It used to be an important religious musical instrument in monasteries, and later entered in Tibetan operas. It is the main accompaniment in Dergay Tibetan opera.