When you book with an account, you will be able to track your payment status, track the confirmation and you can also rate the tour after you finished the tour.
Sign Up
1452

Why Book With Us?

Yamdrok Lake is the abbreviation of  Yamdrok Yumtso Lake. Yamdrok in Tibetan means the Pool of Swan, one of top four holy lakes (Namtso Lake, Yamdrok Lake, Lake Manasarovar and Qinghai Lake) in Tibetan region. The whole lake is a heavenly lake indeed because of its location roughly on the top of mountain ranges(an altitude over 4500 meters above sea level), and the whole shape of the lake is quite long and narrow, and seems like the intestines of sheep. Repeatedly, the height of Yamdrok Lake above sea level is 4410 meters, and 130 kilometers long from east to west, and 70 kilometers wide from south to north. The lake shore is over 250 kilometers, and the total area of this lake is 638 square kilometers. The depth is from 20 meters to 40 meters. Yamdrok Lake as a salt water lake is the largest inland lake on the north side of Himalaya Range. Annually, the whole lake gets iced since November. By the way, there are more than 20 isles on the lake.

Departing from Lhasa to Shigatse, Yamdrok Lake is an unavoidable part, and also the highlights of this travel. Generally there are two ways to Shigatse. But today majority choose the way including viewing the Yamdrok Lake. Tourists taking a car by way of Qushui Bridge along a new expressway (the only expressway in Tibet region), and then there will be two branches, and the left extends to Gongga Airport, and the right towards Yamdrok Lake.

The whole way (two numbers S101 and S307, a provincial highway with two different numbers due to the different administrative investment and management) is quite well facilitated. The way goes over many high mountains; some parts are quite dangerous and breath-taking, but the sights are extraordinarily marvelous. Think about it, two sides are the deadly dangerous cliffs, and the roadside fences are not so well, and the car has to climb upwards and experience many sharp turnings. The road is narrow and steep. And human is helpless indeed but pray for safety, and you may become a loyal god believer. On the other way, the drivers in Tibet also need a much stricter check and examination before driving car among the high mountains.

On the way, tourists can see the Yamgdrok Lake Power Plant, which making electricity via the sharp difference of two heights, roughly 1000 meters between them. Before the arrival, tourists need go over a famous site called Ganbala Mountain Mouth, the altitude is 5374 meters. Ganbala Mountain is a famous snow mountain in Tibet, specifically the border-style mountain of Langkazi County and Gongga County. It southward connects with Yamdrok Lake, eastward links to Gangdisi Mountain and westward connects with Himalaya Mountain. Ganbala Mountain viewed from the map is located in the middle of Tibet and divides the Tibet into the front Tibet, the east part of Tibet, and the rear Tibet, the west part of Tibet. During the climbing phase, the altitude rises quickly, and this time, the first-time travelers need to pay attention to the altitude sickness. Generally, the car in Tibet belongs to go-anywhere vehicle with the best interior and exterior installment including the altitude measuring instrument, so travelers can take some measures to relieve the altitude disease in accordance with the change of data. When the car goes through the mouth of Ganbala Mountain, where the altitude is 5030 meters, travelers will amazed at viewing a huge blue gem lying on the sky. It is really a magic view! 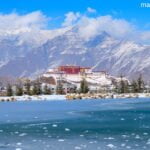 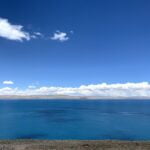 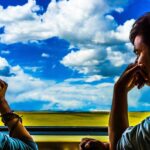 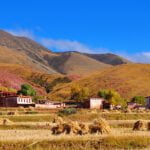 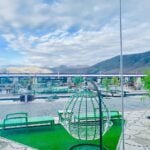 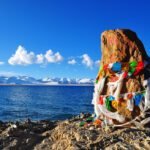 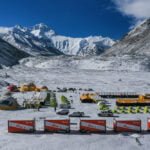 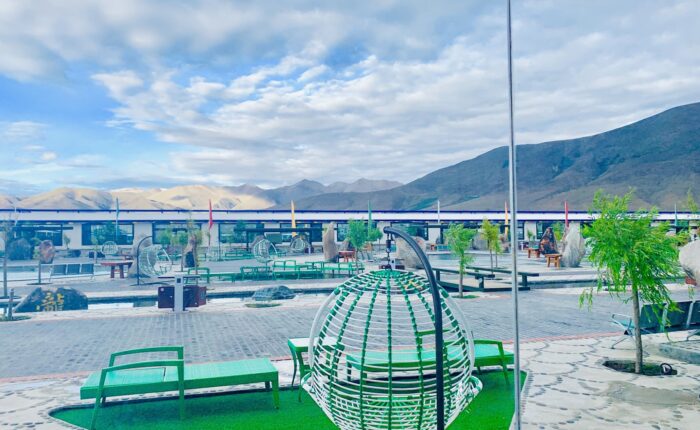 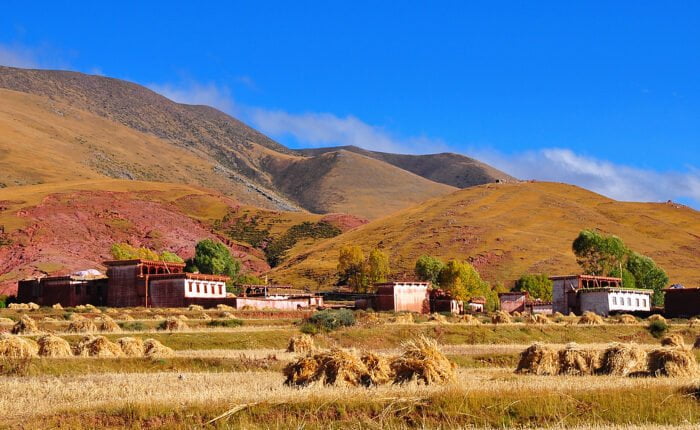